AmCHam: Maintaining Romania in the category of countries recommended for investments must be a priority of the economic policy 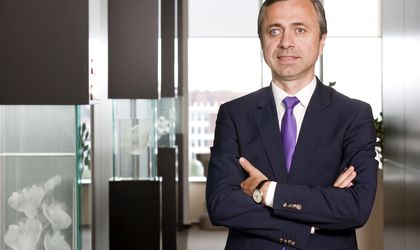 AmCham Romania believes that Standard & Poor’s maintaining of Romania’s sovereign rating at “BBB- with a negative perspective” reflects the realities faced by the national economy after the shock generated by the COVID-19 pandemic. The decision was based on a number of factors, including low levels of public debt and external debt, Romania’s ability to borrow, the NBR’s monetary policy and the programs announced by the European Union.

On the other hand, the agency’s experts drew attention to the persistence of macroeconomic imbalances in the coming quarters and to the importance of implementing fiscal consolidation measures post COVID-19 crisis.

AmCham Romania points out that it is important that the risks that Standard & Poor’s has identified in the context of this assessment are publicly explained, and that public policies and priorities continue to reflect a strong commitment to maintaining balanced public finances, to generating investments with a multiplier effect in the economy and to making the most of the opportunities available for Romania in the context of the EU financing package.

“It should not be ignored that this decision is strongly conditioned by the avoidance of any measures that would deepen the budget imbalance. In times of crisis, it is essential to channel expenditures towards measures or areas that support the potential for economic growth, investments and labor market restructuring and to design them in a broader context that takes into account the evolution of economies in the EU. Thus, the implementation of the European Next Generation EU relaunch program at national level, the preparation for the implementation of operational programs in the 2021-2027 financial cycle must be carefully correlated and oriented towards an efficient restructuring of the national economy,” underlined AmCham Romania President Ionuț Simion.

In AmCham’s vision, it is fundamental that the economic policy decisions in the next period aim at maintaining Romania in the category of countries recommended for investments, which requires mapping the structural reform processes through a correlated analysis of the recommendations of financial institutions, European institutions (eg Country  Report in the context of the European Semester) as well as consultations with the private sector.

The American Chamber of Commerce in Romania (AmCham Romania) is for over 25 years a leading representative of the business community in Romania, and is acknowledged as a promoter of the private-public dialogue on matters related to the business climate, public policies that impact Romania’s economy and competitiveness or the economic ties between Romania and the U.S.