Belgian logistics, commercial and industrial real estate developer Alinso Group has opened today an independently managed inter-modal railway terminal in Ploiesti following an investment of approximately EUR 7 million. The Allianso Terminal Ploiesti will be operated in partnership with Rail Cargo Austria. For the beginning there will be four trains operated each week but the company estimates to reach several trains per day after the second phase of the project will be completed.

The terminal is intended to become a hub for cargo delivered by standard TEU containers (both normal and temperature-controlled) and unitized bulk cargo. It offers access to DN1, DN1A, DN72 and the future A3 Bucharest – Ploiesti highway.

The termainal is also located close to the Ploiesti West Park business park which is developed by Alinso in partnership with local Piritex. Ploiesti West Park has a total construction value of buildings and infrastructure works of 750 million EUR for the duration of the project. 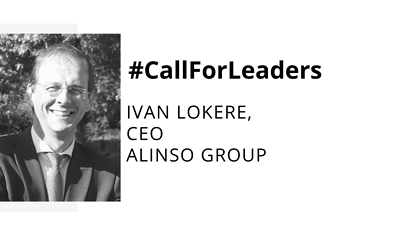 Read more about
Call for Leaders | Ivan Lokere (Alinso Group): There is a promising future at the other side of the valley, but this future will be different than the current one
read more