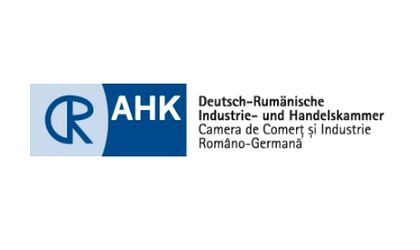 A questionnaire done by the Romanian-German Chamber of Commerce (AHK Romania) in September 2017 shows that the current situation of German companies in Romania is good, but that there is less optimism for the future.

The questionnaire reflects an evaluation of the current circumstances and of the companies’ situation, and offers an overview of the main economic risk factors from the companies’ point of view.

The current situation of German companies in Romania is good, and the short-term expectations are optimistic. However, compared to the questionnaire done in the Fall of 2016, the percentage of those who see a worsening of the circumstances over the medium term has grown significantly (29 percent of those questioned in 2017 think it will get worse, while only 8 percent did in 2016). Optimism is only being maintained for the short term, which is probably related to the political and economic evolution of the previous months.

The politico-economic framework is considered to be by far the biggest risk to the economy.  Over 69 percent of responding companies – many more than last year – are unhappy with this aspect.

Romania’s education system is also a source of disappointment. This fall’s questionnaire shows that the lack of qualified staff is a major risk for companies’ economic development (57 percent agreed).

Compared to the 2016 questionnaire, the number of respondents who are worried about judicial stability has grown.  This is due to the fact that Parliament has adopted several controversial laws, which makes the anti-corruption fight more difficult, among other issues.

The conclusion of the questionnaire is that the government’s politico-economic activities should mainly be focused on measures that will increase the level of trust from the business environment. This refers especially to fiscal stability and sustainable economic measures, as well as continuing the fight against corruption.

The good context found in Romania, Europe and Germany, Romania’s main economic partner, makes it possible for urgently needed investments to be made, in infrastructure, education, research and development. This change should not be missed, as the shortage of personnel, which is becoming more serious, has a negative effect on economic development. This is why the elaboration and implementation of solutions needs to be prioritized, according to AHK Romania.