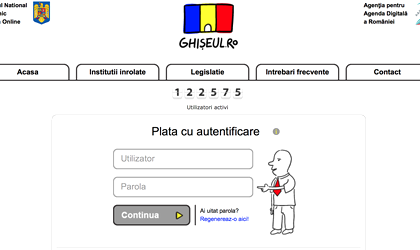 The Ministry of Public Finance (MFP) and the Romanian National Agency of Fiscal Administration (ANAF) announced that, starting this week, ANAF offices in ten counties allow payments by bank card at their desks.

To this purpose, 53 ANAF has equipped its offices, such as regional departments, county financial administration offices and county financial services offering treasury units, with 101 POS terminals.

According to Minister of Public Finance Anca Dragu, all treasury offices will enable payment by bank card by September. “Practically, September is the month payments for the third semester will be made. By beginning September, the entire country will have this possibility, to offer payment services by card at ANAF offices,” Dragu said at a press conference.

ANAF is currently undergoing a process of modernization, whose aim is that to cut red tape. To this purpose, ANAF has initiated the open tender procedure to purchase services that enable payment of taxes and other online payments made via bank cards via www.ghiseul.ro, the national electronic system for online payments.

Garanti Bank, the winner of a contract for banking services offered by the Timisoara General Directorate for Public Finance, which it obtained via tender, installed 49 POS terminals in 25 ANAF offices located in Arad, Caras Severin, Hunedoara and Timis counties. In Galati county, Banca Transilvania, the winner of a similar tender, has installed 52 POS terminals in 28 offices in Braila, Buzau, Constanta, Galati, Tulcea and Vrancea counties.