BR ANALYSIS. The new European Commission: A weak leadership to pilot the EU boat through the storms 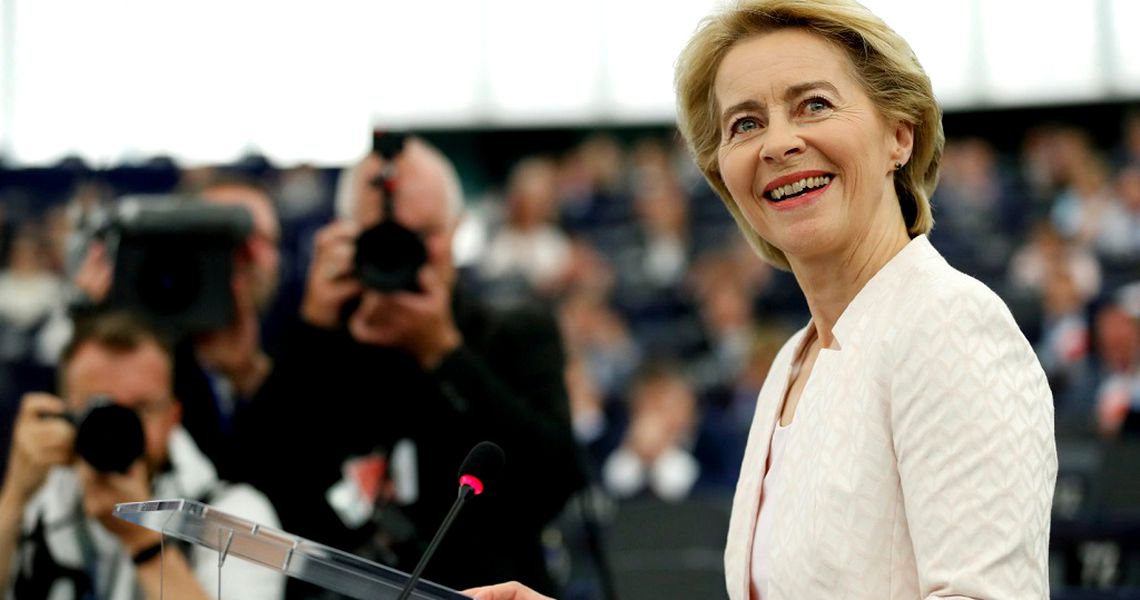 A new European Commission is preparing to take the lead of the EU, at a tense moment dominated by Brexit, a looming economic recession and a trade war, and its composition is generating more concern than trust.

Most observers have already pointed out that the new European Commission seems to be far weaker than the previous one – a sign of a decline in the quality of leadership in Europe.

Ursula von der Leyen will be the first woman to hold the EU’s top position, and the first German to do so since Walter Hallstein in the 1950s and 1960s.

THE RESULT OF COMPROMISE

Von der Leyen, a weak leader with weak support even in her own country, was picked because she is generally seen as harmless. The German press claimed she plagiarized parts of her PhD thesis, and many political leaders in Germany have low expectations from her.

Her mandate at the head of the German Ministry of Defence is also considered a failure, even by many of von der Leyen’s fellow Christian Democrats.

“The Bundeswehr’s condition is catastrophic,” Rupert Scholz, a former defense minister, wrote before von der Leyen was nominated to the EU’s top post.

“The entire defense capability of the Federal Republic is suffering, which is totally irresponsible,” he added, cited by Politico.eu.

Her priorities at the head of the European Commission have not managed to convince many observers as she seems to focus on topics such as climate change or gender parity but has little to say about the severe issues of competitiveness in the EU or the concerns regarding migration, debts or the economic downturn. Her opening programmatic speech to the European Parliament also raised some eyebrows.

“Von der Leyen ticks many of the right boxes, even if her nomination was the result of a complex series of compromises. Yet, alongside the general sense of relief that EU leaders managed to agree on a candidate, a nagging doubt remains as to whether Europe will really have the best person – and team – at the helm,” Dominique Moisi, a special adviser at the Institut Montaigne in Paris, wrote in an article published by Project Syndicate.

However, the expert underlines that the EU has a history of questionable leaders and that people should not have very high expectations from the new president of the executive branch.

“From José Manuel Barroso – a man notable mainly for his unique ability to say nothing in ten languages – to Jean-Claude Juncker, Europe’s top position has been filled by remarkably unexceptional leaders. The resulting leadership deficit has hurt the EU badly by reinforcing a growing sense of alienation between the continent’s citizens and its elites,” Dominique Moisi said.

But he warned that the EU was facing major challenges and needed competent leaders, escaping a long tradition of picking its leaders mainly on the basis of their limitations as national leaders wanted to make sure they had no rivals in Brussels.

“With Europe now facing major external and internal challenges, from the rise of China to the spread of populism, it must finally switch gears and start selecting its leaders on their merits,” Moisi added.

But the word “merit” does not seem to apply to most candidates proposed by the EU Member States.

The EU system allocates to each Member State a position within the European Commission – and this principle means that the Commission includes 27 seats, one for every member state (without the United Kingdom, which is due to leave the EU at the end of October). Among the 27 proposed candidates (including Ursula von der Leyen), 11 are already raising integrity questions.

In an unprecedented move, in late September, MEPs in the European Parliament’s legal affairs committee (JURI) rejected Rovana Plumb and Laszlo Trocsanyi for conflicts of interest. The decision blocked the two candidates’ planned hearings in front of the relevant European Parliament committees, which would have been the next step in becoming a EU commissioner. Later in October, France’s candidate was also rejected amid corruption concerns.

Many say that this has been a very poor start for the new Commission.

“The future European Commission looks like it’s going to be a catastrophe, even without Rovana Plumb and Trocsany. The fact that Rovana Plumb and the Hungarian were rejected by the JURI committee is a positive thing, but in total there were 11 candidates with serious integrity problems. Among them Sylvie Goulard, accused of exactly what [the former PSD leader] Dragnea did, but forgiven for returning the damage, and Didier Reynders, the former Belgian foreign minister, accused of corruption and money laundering,” Lucian Pirvoiu, a correspondent in Brussels for the Romanian public television, wrote on his Facebook page.

It is still unclear who will replace the rejected candidates, but this situation casts a shadow over the future Commission.

These troubles in the EP committees highlight a key issue: how are candidates for the EU’s top positions really selected in their home countries? Is there a transparent and merit-based selection procedure? Is there a vote for the candidates?

In fact, there is no standard procedure and the government of each Member State proposes its candidate without having to explain why or how it made the choice.

In some cases, like in Romania or Hungary, the proposed candidates happened to have a close relationship with the prime ministers of those countries. Romania’s rejected commissioner Rovana Plumb was never the subject of any procedure in Romania, neither good or bad. She was simply proposed in a highly non-transparent manner by Romanian PM Viorica Dancila, who did not officially announce her choice and did not consult with any relevant stakeholders.

According to the local press, Plumb is a personal friend of Dancila and was a loyal soldier of her party, and this apparently ensured her nomination.

Ursula von der Leyen was meant to formally take the helm of the European Commission at midnight on October 31, the precise moment when Britain is due to leave the EU. But the rejected commissioner proposals led her to delay her takeover by at least one month.

Brexit may prove to be a key, redefining moment for the EU as the continental bloc loses one of the major world economies.

But there are other challenges for the new Commission: boosting the EU’s competitiveness on the global scene, facing the economic downturn already affecting large economies such as Italy and Germany, facing migration and finally defining the bloc’s future.

But before the future, there is the troubled present. A recent analysis by Stratfor indicated four major challenges for the EU in this period: domestic constraints in the eurozone’s largest economies that limit their ability to cooperate at the continental level, nationalist and populist political movements, major sources of economic risk (trade disputes with the US, Brexit and economic fragility in Southern Europe), and the domestic and external pressure to limit Chinese access to strategic technology.

European Commission publishes study on the economic impact of open source software and...

Emerging Trends, Future Prospects and continued funding for a Human-Centric Internet for the...