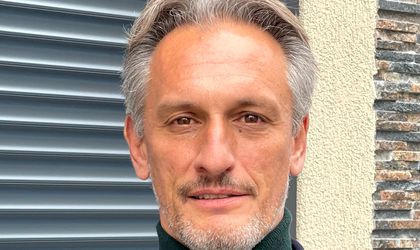 Black Sea Fund, a Romanian private equity investment fund focused on transactions with small and medium-sized companies, plans to invest between 15-20 million euros this year by completing three or four transactions. The fund could finalize two of its transactions by this summer.

The two transactions that could be completed in the summer target one of the largest players in urban mobility and an entertainment production company.

“The very advanced discussions we have are with companies from totally different fields: one company is the leader in a leading-edge, high-tech sector, while the other focuses on a more traditional, light manufacturing sector. This highlights our investment flexibility not only in terms of sectors but also structure (investments in the majority or minority positions, creative incentive schemes, etc)”, says Matei Păun, Founding Partner of the Black Sea Fund and a specialist with over 20 years of asset management and investment banking experience.

The fund is also in discussions with three other companies to complete transactions in the next 12 months. Two of the companies are in the healthcare field, and the third is an IT (automation) service provider. 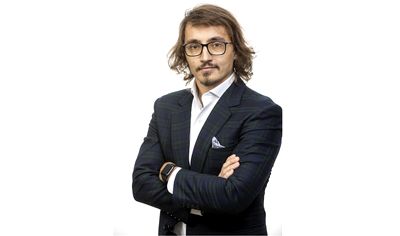 The biggest problem a fund faces: not to have companies in which to invest, profitably and sustainably, over the long run

Black Sea Fund, a private equity investment fund created by Arin Ion, Matei Păun, Cornel Fumea, and Adrian Vasile at the end of 2018, is especially interested in small and medium companies. The investment per company is between three and eight million euros. The fund has a total investment budget of 43 million euros. The most prominent investors are the European Investment Fund (a large part of the resources coming from the Regional Operational Programme, program co-financed by the European Regional Development Fund) and the European Investment Bank.

“We look primarily at areas such as health, IT / technology, services segment, but also at producers of industrial or consumer goods. The companies we are talking to generally have very good positions in their market segment and aim to become market leaders at the national level and even beyond, through regional or global expansion plans. The biggest problem for an investment fund is not having companies in which to invest, profitably and sustainably, in the medium and long term. But now is a very good time for transactions, despite the current health crisis and the daily constraints we all experience. Thus, the long-term economic context remains favorable, especially since for some sectors the Covid-19 pandemic has created opportunities to accelerate organic growth or consolidation”, adds Arin Ion, Founding Partner of the Black Sea Fund.

The Black Sea Fund portfolio consists of investments in the companies Intermedio General Group SA (Theta) and Clinica Dentară SA (DigiRay). These two transactions were completed in 2020. Intermedio General Group SA, which operates under the Theta brand, is one of Romania’s leading suppliers for interior design services (fit-out) and custom furniture, being an integrated provider of turnkey solutions to the office and other commercial spaces. DigiRay is one of the leaders in Romania’s dental imaging sector currently operating a network of 11 locations in seven cities.

“We are also actively looking at acquisitions for the companies in which we have already invested. For example, the founders of Theta plan to expand both through acquisitions of other local players to generate significant operational synergies and also through organic development or partnerships in mature European markets such as Germany and France. At the same time, we plan to invest several million euros in the development of DigiRay both through greenfield type expansion as well as acquisitions of existing competitors. We aim for DigiRay to reach 20 clinics in major cities by the end of the year. Among the towns where we want to expand DigiRay are Bucharest, Brașov, Iași, Timișoara, Constanța and Ploiești”, explains Matei Păun.

The investment specialist advises entrepreneurs not to have preconceptions about the activity and behavior of an investment fund.

“Some of the entrepreneurs imagine the funds as sharks who want a profit as quickly as possible. Others tend to be too conservative, unable to imagine the growth potential a fund can bring. I advise them to be more open, more courageous, and more relaxed. A partnership is the basis of the relationship with a fund. We intend to invest in that partnership the same way we would invest in a company and invite entrepreneurs to do likewise”, says Matei Păun.

Matei Paun, Black Sea Fund: Suspending transactions due to an economic crisis or...