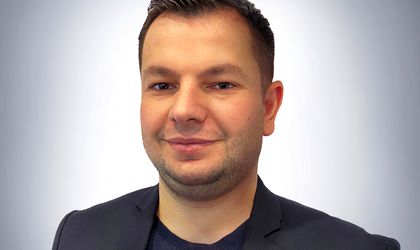 Softbinator Technologies, a Romanian software development company, announces the intention to float on the AeRO market of the Bucharest Stock Exchange. The company targets for its shares, which will be available under ticker symbol CODE, to list on BVB by the end of the year. Ahead of the listing, Softbinator Technologies will carry out a private placement to raise capital for international expansion.

“Investors have always been in our attention since the beginning of the company. In the four years since the launch of Softbinator Technologies, we have attracted next to us entrepreneurs and renowned business partners – Andrei Pitis and Bittnet Group, who helped us define our vision. We are one of the fastest-growing software development companies in Europe, but we do not want to stop here. Therefore, the decision to list Softbinator Technologies and accelerate the company’s development with the support of Bucharest Stock Exchange investors is a natural step in our evolution, “said Daniel Ilinca, founder and CEO of Softbinator Technologies.

Softbinator Technologies specializes in the design, development, and launch of innovative software solutions and products. Founded in 2017 by Daniel Ilinca, Softbinator Technologies currently has a team of 100 software developers, whose solutions are used by companies in the US, Europe (UK, Germany, Romania), the Middle East (Israel, Kuwait) and Asia (Singapore). The company’s customers are global players active in automotive, education, lifestyle, health, electronic payments, gaming, and banking sectors, to name a few. Softbinator Technologies has teams in Bucharest and Constanta and intends to use the capital attracted from BVB investors to expand its presence internationally by opening offices in the US and Israel.

Ahead of floating the shares on the AeRO market of the Bucharest Stock Exchange, Softbinator Technologies will carry out a private placement during which will offer 10% of the existing treasury shares to investors. The company intends to raise up to 7 million lei, targeting post-money valuation approximately 60 million lei. Aside from financing international expansion, the capital infusion will fuel investments in R&D in blockchain and cloud (DevOps) as well as launch of new business lines in these areas. The company intends to actively use capital market financing in the future to fund potential M&A transactions on the Romanian market.

“I believe that the Romanian software industry is snowballing, primarily through companies such as Softbinator Technologies, which addresses a global market, focusing on cutting-edge technologies such as blockchain and AI. By listing on the AeRO market, I am glad that we can provide investors the chance to contribute to developing an already profitable company and expanding it into already established markets such as the USA, Israel or new markets such as Japan,” stated Andrei Pitis, President of the Board of Directors, Softbinator Technologies.

Following the placement, Daniel Ilinca will hold 44.7% stake in the Company, Bittnet Systems a 22.5% stake, management team consisting of Alexandru Dianu (COO), Marius Baisan (CTO) and Andreea Popa (CFO) will jointly hold 10.8%, Simple Capital, an investment vehicle of renowned IT entrepreneur, Andrei Pitis, will hold 9%, while BVB investors will hold 10% of CODE shares. As a part of preparation for listing on the AeRO market, in April 2021, the company’s shareholders appointed a Board of Directors composed of three members: Andrei Pitiș in the capacity of President of the Board, Daniel Ilinca, Vice President and Cristian Logofatu, Board Member.

“The companies in our group had in Softbinator a reliable partner in developing our internal platforms before starting discussions about a potential investment. Our shareholders were impressed in 2020 by the growth rate in terms of profitability of Softbinator Technologies, approving a minority investment in the GSM. We spent time with Daniel and his team, and we believe that their vision and ambitions are the fundamental elements that can build a new success story on the AeRO market. We are glad that Softbinator decided to open its doors to investors, and we hope that they will support the story of a company in an accelerated growth stage, as they did with Bittnet. We believe that the company’s field of activity and the balanced multiples it intends to attract capital in private placement provide a solid foundation for building this success story,” stated Cristian Logofatu, cofounder Bittnet Group and Member of the Board at Softbinator Technologies.

The private placement, estimated to take place in September, will be brokered by Tradeville, while Cornerstone Communications will be Softbinator’s Authorized Advisor post-listing.

Softbinator Technologies signs a partnership with the Faculty of Mathematics and Informatics of...

Softbinator Technologies becomes one of the first blockchain providers to accept payment with...