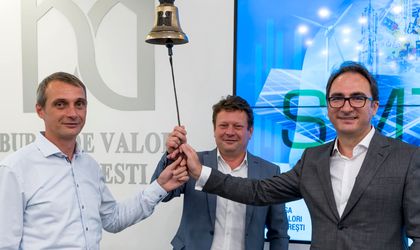 Simtel Team (BVB: SMTL), a Romanian engineering and technology company listed on the AeRO market of the Bucharest Stock Exchange, reports a record turnover of 18.5 million lei in the first six months of 2021, up 30% compared to the same period last year and a net profit of 0.76 million lei, an increase of 41% compared to the same period in 2020. Renewable energy projects contributed 79% to total turnover.

“In the first six months of 2021, we had an intense activity on all three main business lines, renewable energy, telecommunications, and automatization. At the same time, it is important to point out that the results for the first half of 2021 were achieved organically, as the capital attracted during the private placement entered the balance sheet at the end of May 2021 and was not used before the end of the first half of this year. We still believe that we are in a unique moment because the context is favorable for our company’s business lines. We plan to attract new capital to further accelerate our development through several M&A transactions that complement our range of services in the next period. We look primarily at companies operating in photovoltaic parks services, production prediction/energy consumption, electric charging stations, and companies operating in the niche of industrial robotics. We want to thank all the investors who decided to invest in the company’s shares and trusted our business development plan,” stated Iulian Nedea, CEO of Simtel Team.

The company’s renewable energy division contributed 79% to the total turnover, approximately 14.6 million lei, amid the growing demand for the solutions offered by Simtel in this field. During the first six months of the year, the company was involved in a series of significant projects to develop the renewable energy sector in Romania. One of these projects was the construction for Kaufland Romania of two power plants that involved installing over 1300 photovoltaic panels. The power plants have 490.5 KWp and will support the environment by reducing carbon dioxide emissions by over 760 tons per year. Also, during this period, Simtel built a photovoltaic park of over 0.6MWp in Bucharest for an international furniture retailer. 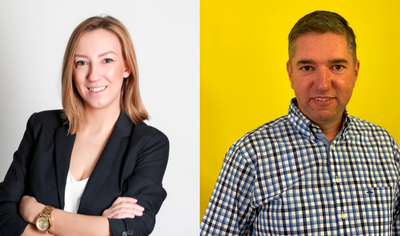 Read more about
70% of BVB investors trade at least monthly, 60% invest in a company for a period shorter than one year
read more

Regarding the future of this line of business, the company currently has ongoing contracts for the construction of 5 MW of photovoltaic plants, totaling over 10,000 photovoltaic panels. These contracts include over 25 projects carried out on the roof, with dimensions between 50kWp and 1000kWp. At the same time, Simtel continues to collaborate in this field with the company’s loyal customers, such as Dedeman, Mega Image, Rewe-Penny Market, and Kaufland.

The telecommunications division contributed 20% to the company’s total turnover in the first half of 2021 and registered revenues of 3.7 million lei, 15% more than the previous year. During this period, Simtel continued the collaboration with Telekom Romania, fixed and mobile, Vodafone Romania in developing communications networks or energy efficiency, and the construction of the RoNET network in partnership with Telekom, which aims to build national infrastructure broadband in deprived areas. The automatization division contributed 1% to the turnover in the first half of 2021, registering revenues of 0.2 million lei. Simtel’s activity in this field was focused on commissioning, and maintenance works for the company’s partners, ABB Romania and Nidec.

In addition to the three main business lines, the company has developed and continues to create new fields of activity, which are still in their early stages, namely networks of charging stations for electric cars and distribution of equipment needed to build photovoltaic projects.

Simtel Team is listed on the AeRO market starting with July 1, 2021. The company has a market capitalization of over 230 million lei. Before the publication of the financial results for the first six months of the year, SMTL shares were traded at 32.95 lei/share.

NN Romania closed 2021 with strong performance across all business lines