New all-time highs for the Bucharest Stock Exchange in 2022 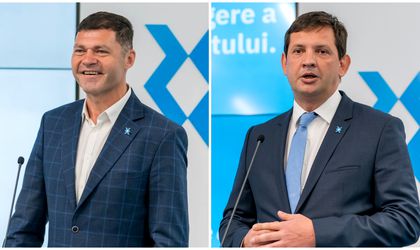 The Bucharest Stock Exchange recorded a new all-time high with total trading values exceeding RON 24 billion for the first time with record-high 1.67 million transactions and over 128,000 investors present on the capital market.

The capital market in Romania managed to reach new all-time highs on three levels of liquidity after the year 2022 was marked by volatility and uncertainties, registering new highs at the level of total trading value, average daily liquidity, and number of transactions. 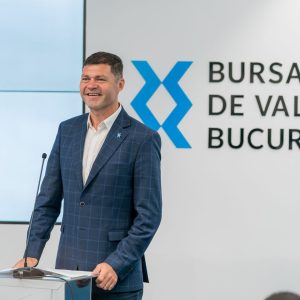 Radu Hanga, President of the Bucharest Stock Exchange said: „The year 2022 was a real carousel for the international capital markets, which were marked by heightened volatility. After a very long period characterized by relaxed monetary policies, inflationary pressures led to the start of a cycle of aggressive interest rate increases at the global level. What has been remarkable in 2022 is that capital market funding rounds have continued, albeit at a slower pace, providing clear evidence that we are effectively fulfilling our role as a critical pillar of financing the economy. It is edifying that, in this sense, 42 financing rounds totaling EUR 1.9 billion have already been run through the stock exchange’s systems in a single year. The Romanian State is the most important partner of the stock market, and the periodic issue of Fidelis bonds have brought the population much closer to the stock market phenomenon. Also in 2022, BVB joined the efforts of the Financial Supervision Authority and the Ministry of Public Finance to launch the national capital market development strategy. We have an excellent dialogue with the state authorities to develop the capital market for the benefit of Romania.” 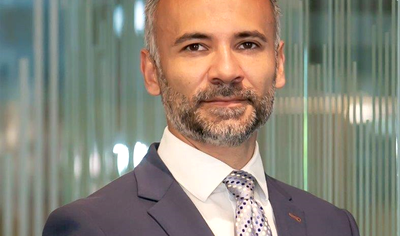 Thus, the Bucharest Stock Exchange (BVB) reached a new record in 2022 in terms of the total value of transactions carried out on all markets with all types of financial instruments after total transactions exceeded RON 24 billion, up 11% from the level of 2021, when this value was RON 21.6 billion. In the equity segment, total transactions of almost RON 13.5 billion were made last year.

Adrian Tanase, CEO of the Bucharest Stock Exchange said: „The year 2022 has unequivocally demonstrated that the liquidity parameters of the stock market have reached record levels, breaking the highs reached in the previous year. It is important to note that during a complicated year for all capital markets, the Romanian stock market had posted all-time highs on three levels of liquidity: record total transactions of RON 24 billion, average daily liquidity of almost RON 100 million, and nearly 1.7 million transactions. Our efforts to significantly improve liquidity, especially in the equity segment, will continue in a sustained manner, and the efforts from recent years to make the market more efficient are now being reflected also by the evolution of the BVB share, which last year recorded the best performance in the BET index, with an increase of almost 40%, taking into account only the price appreciation. If we also take into account dividends, then the yield is over 42%.”

In 2022, 251 trading sessions took place at the BVB, and this translated into an average daily trading liquidity for all types of financial instruments listed on the Regulated Market (RM) and the Multilateral Trading System (MTS) of RON 95.6 million. It is a new record set on BVB for this liquidity indicator, where the increase was 11% compared to 2021.

All these results were achieved in a difficult regional and international context marked mainly by the war in Ukraine, the increase in monetary policy interest rates, double-digit inflation rates and the persistence of the inflationary phenomenon, the increase in energy prices, as well as the disruption of supply chains supply. These factors affected all international capital markets and, in such a difficult regional and international context, all BVB indices ended 2022 in the red, but with a decline below the level shown by the S&P500 in the US or the STOXX600 in the EU. More precisely, the BET index, which includes the 20 most liquid companies listed on the BVB, recorded a 10.7% drop at the end of last year, to a level of 11,663 points. The BET-TR index, which also takes into account the dividend yield, fell by almost 1.9% and reached 22,686 points. By comparison, the European STOXX600 index fell last year by 12.9%, while the US S&P500 index fell by 19.4%. 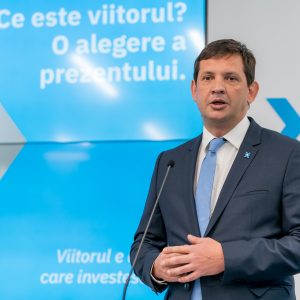 Adrian Tanase, CEO of the Bucharest Stock Exchange said: „The listing of Hidroelectrica and the Central Counterparty are the flagship elements that we expect in the capital market in 2023, and we believe that, together, these elements can contribute in the medium and long term to doubling the liquidity of the market. This objective is also supported by the periodic financing with Fidelis government bonds and the simplification of tax procedures because the Romanian state is an important partner of the capital market. We estimate that we can reach 500,000 investors in the next 2-3 years, after reaching a record-high of 128,000 investors at the end of Q3 2022, which is more than double the number of 54,000 investors recorded only four years prior. The capital market has changed fundamentally in the last four years, during which almost 150 financing rounds of over EUR 6 billion were performed through the BVB.”

The Bucharest Stock Exchange became increasingly visible in the public space, both as an issuer and as a market and system operator, through the capital market promotion projects it initiated and continued to develop. After the rebranding carried out in 2021, when it adopted a new visual identity, last year BVB celebrated 140 years since the establishment of the first stock exchange in Romania. The anniversary event was organized under the High Patronage of the President of Romania. The Central Counterparty project has entered the technical stage of implementation and authorization, and the first derivative products will be available on the capital market in 2023. The Made in Romania project launched in 2017 by BVB to promote Romanian companies has reached the 5th edition, and since the beginning of the program, 16 companies have listed shares or bonds on the stock exchange, so that the financing rounds carried out by these issuers have exceeded EUR 212 million. More than 70 analysis reports were published in 2022 alone under the BVB Research Hub project, a tool aimed at improving the coverage of analysis reports for local issuers and increasing access to fundamental analysis for local investors. ESG scores for 11 listed companies are also available on bvbresearch.ro. Part of the efforts to promote Romania as a regional financing hub, BVB organized together with maib, the largest bank in the Republic of Moldova, the first high-level forum “Moldova – Romania: Capital bridges”, dedicated to promoting opportunities in the capital market.

Radu Hanga, President of the Bucharest Stock Exchange said: „Looking to the near future, we believe that the trend of listings will continue this year and we have clear signals that new Romanian and regional companies are preparing to come to the stock market. The announced listings of Hidroelectrica and Salrom, approved by the Romanian State and where Fondul Proprietatea will be the one selling its holdings, can be a catalyst for accelerating the pace of listings on the BVB, because they will attract even more attention from investors and because they will increase the chances of Romania being promoted to the Emerging Market status by the global index provider MSCI. We are confident that more and more Romanians will access the opportunities offered by the capital market and that more and more companies will choose to benefit from the advantages of being listed on the stock exchange.”

The evolution of the capital market in Romania has been internationally recognized by the global index provider FTSE Russell and, as of 2020, Romania has been promoted to Emerging Market status. Currently, 13 Romanian companies are included in emerging market indices, and among these companies there is also the BVB as an issuer, a company listed in 2010 on its own market. The price of the BVB share, reaching RON 35.3 at the end of last year, is at the highest level in the last 7 and a half years, a higher value being recorded in June 2015.