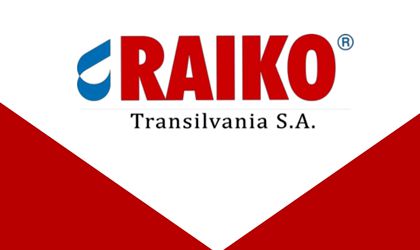 Raiko Transilvania SA, a Romanian company with polish capital, founded in 2014 in Cluj, will list on Bucharest Stock Exchange’s AeRO market in the third quarter of 2019. Raiko aims to raise RON 1 million through capital increase, funds which will be used primarily as working capital for buying production materials as well as expansion of the sales activities into the new regions of Romania.

The company was established in 2014 in Capusu Mare, Cluj county, by Tomasz Kurcin, who is to date the majority shareholder in the business and currently holds the position of the Chairman of the Board. At the beginning, the company operated a production line for roof drain pipe, streamlining the import of other elements for the drainage systems from a sister company, Raiko Poland. Same year the company established cooperation with some of the largest regional distributors and begun the distribution of its products in the Transilvania region.

In 2015, the company expanded its product portfolio by introducing QUALES steel roofs, built with Swedish SSAB steel. In 2017, it further broadened its distribution area nationwide as well as begun the distribution of other types of metallic coverings produced by Romanian manufacturers as well as import and distribution to Romania of modular metallic roofs from Poland. At the beginning of 2018, Raiko established Transilvania Roof Center, a separate company, which handles the sale of complete roofing systems to individual clients. The company currently holds 51 percent stake in Transilvania Roof Centre.

Raiko Transilvania’s listing on the AeRO market will be preceded by a private placement offer, which will take place in June 2019 and will include new ordinary shares issued by the company. Brokerage house Tradeville is the Authorized Adviser to the company and will assist in the process of raising capital and listing on the AeRO market in collaboration with Polish broker INC SA, while Cornerstone Communications will handle the investor relations. The expected free-float on the AeRO market is estimated at 30 percent. Carpathia Capital, a polish pre-IPO fund listed on the Bucharest Stock Exchange has pledged to participate in the capital increase, making Raiko its third investment in Romania – after previously invested in Bittnet SA as well as MedLife SA.

“We are excited that Raiko’s journey with capital markets begins in Romania, on the Bucharest Stock Exchange. We have been eyeing the listing in CEE for quite some time and we are convinced that we have found local partners, such as Tradeville, to assist us in this process. From the point of view of investors, the Romanian roofing and guttering market is on a rise and so is the CAGR for our sector thus I am confident that paired with our dynamic development strategy, we will deliver satisfactory results and attractive returns to our future shareholders,” said Tomasz Kurcin, Chairman of the Board at Raiko Transilvania SA.

According to local market research studies, Romanian rainwater systems market increased in 2017 by 12 percent compared to 2016 and was worth, at the end of 2017, EUR 38.88 million. Raiko was the 8th largest company on the local market, having 2.6 percent market share of the guttering market in Romania in that period. In 2018, the company has registered revenues of RON 4.1 million, a 44 percent drop compared to 2017. The decrease in the turnover was caused primarily by the change of business strategy, which included transferring some of the revenues generated by the retail clients under the Transilvania Roof Centre as well as increasing the rentability of the business by renouncing on clients that brought lower profitability ratios. In 2018, the net profit reached RON 147,493, a 10 percent increase compared to the result from the previous year.

With its products, Raiko targets both business as well as individual clients. In 2018, estimated 40 percent of sales were through the wholesalers as the company has a long-standing relationship with merchants based both in Romania and the Republic of Moldova. Another 40 percent of revenues generated in 2018 were though the roofers, with whom the company cooperates in the area of complex implementation and supply of the roofs on the detached houses while direct sale to end-consumer contributed to 20 percent of the revenues generated last year.

Global market research firm BMI Research estimates that the compound annual growth rate of the sales of housing subsectors in Romania will increase by 7,99 percent between 2017-2021 and will be higher than the entire construction sector (estimated CAGR of 6,85 percent). The increase will be primarily driven by the strong demand for new apartments and housing in the capital and other medium-sized cities in Romania, paired with a progressive income increase, resulting in higher consumption.

Once listed, Raiko will be the second company with majority polish capital to float on the Bucharest Stock Exchange, after polish fund Carpathia Capital listed on AeRO market in 2015.