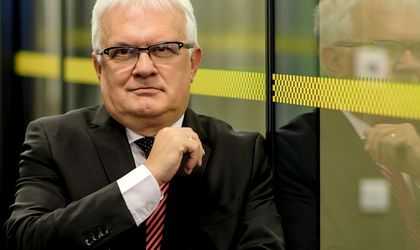 Deutsche Bank Global Technology opened its office in Bucharest in 2014. Over the years, the company invested EUR 20 million in the center, for it to become DB’s fourth technology development lab around the world, joining an elite group along with centers in the USA, Russia and India. BR spoke to Marian Popa, the head of the local office, to find out where we are now and what the company is planning for the future.

“In the first years, you are interested in figures, numbers that show how much you’ve grown and how you’re developing. But after a certain level, this passion for numbers disappears and the quality of your work is the most important,” says Popa. “We have grown at a very fast pace, from zero to almost 1,000 people in five years, and it is even more impressive if you think about the fact that we work in financial industry applications, where you need people with financial knowledge, not just IT.”

Although it wasn’t easy, the company eventually found the employees it needed.

“First of all, we make a selection, that is about 1 in 10, meaning that out of the 10 people who reached the interview stage, only one is employed. This shows the amount of work done in this field, which is enormous as you need 3,000 people in the final interviews and probably 5,000 CVs, of which only 300 are employed,” says Popa.

But finding people with IT skills is not enough for a company that works in the financial sector.

“We have education and training courses with an impressive curriculum. We have training in all areas, not only in the financial sector, but also in leadership, communication and many others. We invest significant amounts in courses and training, around 1 percent of our turnover, which was over 60 million euros last year. We have just over 900 employees at this moment and we will reach 1,000 soon,” says Popa.

“Employee retention is one thing that depends on how every employee fits into the company. Of course there are some who leave, and would be absurd to ask every employee to stay in the company for 12 years. It also matters how we do things here, how we organize our space – we have different circles of activities, most of them starting at employees’ initiatives. It is a package that we are constantly reviewing to persuade our employees to stay. The salary level is similar to the one across the industry, we don’t surpass it, but we don’t offer any less, either, since we are forced to go along with the market,” explains the head of DB Global Romania.

“And there is something else: we are the only ones who offer financial informatics. This also means that we have automatically become providers for others in the market who need skilled people in this field.”

The Romanian market is at the top as far as IT is concerned, but the same cannot be said about the country’s financial market, which is nowhere near the most developed markets. 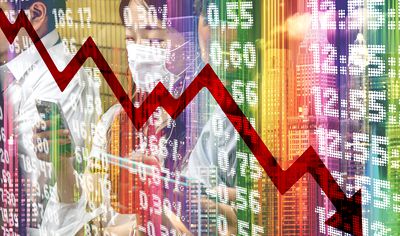 ”The financial market in Romania is much less developed than the markets for which we write software, namely Wall Street, the City of London, Frankfurt and Singapore. They are the most sophisticated markets in the world in the financial area, and we do not have people who have worked in the same field with the same level of sophistication of the tools used. We have almost no investment banking, we do not have sophisticated banking.

“For this reason, the highest employee turnover level is found among juniors, because the pressure is very high on them. The degree of maturity obtained in one year in our country is equivalent to five years elsewhere. We have permanent lecturers teaching at ASE and at Politehnica, and this year we have succeeded in introducing the first Master of Financial Informatics at the Politehnica University of Bucharest, the School of Automatics, officially recognized by ARACIS.”

The process of learning and fully entering the job is also very fast at DB.

”Employees, both juniors and seniors, quickly enter projects and work on applications that run on Deutsche Bank’s global platform and affect millions of people. DB processes the equivalent of Italy’s Gross Domestic Product daily, or EUR 2,000 billion. This includes bank transfers, account openings, investments, derivatives, etc. There are a total of about 5,000 applications running on the platform at all times. That’s why people also need to understand that everything they do involves a great deal of responsibility,” says Popa.

”There are four technological development centers in the world on the most important IT markets, namely the USA, Russia, India and Romania. The US and Russia centers are roughly the same as ours, and the one in India is two and a half times bigger. There are also support centers in the major financial hubs – New York, London, Frankfurt, Berlin and Singapore. Of course, there are also support and service centers, call centers and order processing centers, about six in total, spread all over the globe, so they can respond at any time of day. But there are only four technology centers,” says Popa.

All transactions are automated, but behind them are a lot of people who make sure everything works properly and also develop the systems further. And this will not change in the future, which gives hope that the team in Romania will grow.

”We hope to grow in the coming years, but it remains to be seen how much we will grow, if we double our number or grow by less than that,” says Popa.