REI: The budget of Measure 3 to support investments should be increased by at least EUR 500 million, and not at all canceled, as the Romanian Government is planning to do 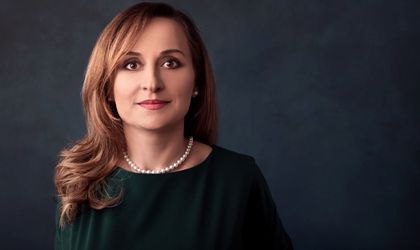 The Measure 3 – “Investment grants for SMEs” budget, intended for companies affected by the pandemic period but wishing to continue their development projects this year or diversify their activities, should be supplemented by at least EUR 500 million or even EUR 1 billion, REI Finance Advisors, one of the largest and most dynamic consultancy companies specialized in attracting non-reimbursable European funds and state aid and the only Romanian company with 8 regional offices, pointed out.

Despite the 27,000 applicants and a total budget of about 478 million euros, the Romanian Government is considering financing for only 10% of the companies that have implemented, that is about 3,000 businesses, but is even considering the cancellation of the financing proposal, this being extremely serious for the Romanian small and medium-sized companies and for the image of the Ministry of Economy. Small businesses in Romania have submitted projects in the last 3 years only on tiny allocations, part of the Regional Operational Program, because the funds allocated to SME investments were fully spent at the end of 2018 for the period 2014-2020.

The average co-financing exceeding 50%, with a high value in relation to the axes of the European funds of 20-30% – a grant contribution, shows the acute need for funding and requires an additional EUR 500 million or EUR 1 billion for investments if reallocations are made.

“Under the given conditions, and the need for financing for Romanian businesses affected by the pandemic, the Romanian Government should take into account the additional Measure 3 with amounts ranging between 500 million euros – 1 billion euros, and the funds could come from the National Recovery and Resilience Plan (NRRP) or by accessing new non-reimbursable European funds or even using the funds not consumed by Measure 2, worth about 90 million euros. The annulment of Measure 3, in connection with the GEO 130/2020, a proposal envisaged by the Government for reasons related to a data security breach, which cannot be attributed to the applicants, – in the context in which 27,000 companies have prepared projects since August last year, they secured land, they paid architects and consultants, – they could seriously affect the credibility of the Ministry of Economy, Entrepreneurship and Tourism. Attracting Romanian and foreign investments should be a priority of the Government, and the allocation of non-reimbursable resources would greatly stimulate development investments for companies”, stated  Roxana Mircea, partner of REI Finance Advisors.

The GEO 130 was issued in July 2020 and, as job creation is not expressly scored, the scheme helps companies to strengthen their position in the market and certainly to create at least 9,000 new jobs. Whether we discuss about buying hostels/hotels, purchase of equipment for remodeling lounges, the services must be provided by qualified staff, specially hired for these projects.

However, there has been speculation in the public space that most of the projects had been submitted within the last two days; yet, it is already an established practice that on the lines where it does not matter how relevant it is, most projects are submitted in the last 2 days.

“If there have been breaches and there have been persons who have been able to access and communicate the co-financing percentages of the projects submitted, we recommend that an internal investigation should be carried out and that they be cut off on a specific basis, by excluding these projects from strict financing, still  not punishing more than 3,000 applicants for a fault that they are not to  blame. As regards the percentage of funding, the number of projects submitted has always been published and we expect fierce competition, which has led to numerous projects being submitted per building purchase and to an increase in co-financing in order to maximize the chances of success of the project’, Roxana Mircea also added.

Measure 3, a deep breath for the businesses affected by the pandemic, but also a vital resource for increasing the number of employees

Measure 3 – ‘Investment grants to SMEs’ was created as a support point for companies affected by the COVID crisis, to stimulate to continue investments in key sectors of the economy, and so under-funded, such as transport, trade or HoReCa companies, but most importantly, it was done to boost the creation of new jobs in these industries.

“As specialists, with more than 450 applications for financing submitted on Measure 3 and a fantastic mobilization of all our offices in the country, covering the timely submission of all projects, their detailed analysis, calls for proposals for equipment, the establishment of the budget and the investment plan, the authorities’ proposal to grant funding for only 10% of the total, practically having only about 45 companies funded from more than 450, could create huge imbalances in the management of our and industry’s internal resources given that there is no timetable for launching the new funding axes for the programming period 2021-2027. We expect it to take at least 6-9 months to open new sessions, and in the long term, regardless of the form proposed by the government – limitation to 10-15% of all applicants or, worse, giving up Measure 3 – it would be a powerful blow given by the authorities to the Romanian business environment”, stated Roxana Mircea.

The cancellation of Measure 3 could create the conditions for a scenario where the crisis would deepen further in the most affected sectors of the economy.

Measure 3 – “Investment grants for SME” aims at enabling any company with a profit of at least 67.000 euros registered in one of the last two years to apply for a maximum grant of 200.000 euros under Measure 3 and to reach 100 points if it applies on a CAEN code with a negative balance in Romania’s trade balance and co-finance by +35% in the country and 45% for the Bucharest-Ilfov area.