One United Properties’ shareholders approve payment of a dividend of EUR 15.2 million for the financial year 2021 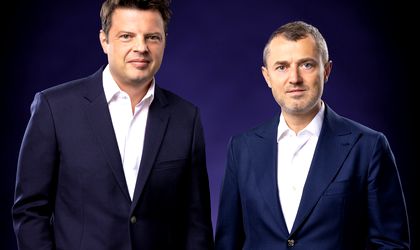 One United Properties (BVB: ONE), the leading green developer of residential, mixed-use, and office real estate in Romania, convened a General Meeting of Shareholders (GMS).

During the GMS, the shareholders approved, among other items, the distribution of the second tranche of the dividends, share capital increase with cash contributions or the issuance of convertible bonds, as well as the share buyback. The shareholders have also elected new members of the Board of Directors. The quorum of the OGMS and EGMS was over 87%.

“On behalf of the newly elected Board of Directors, I would like to thank all our shareholders for their engagement at our annual GSM. The real estate market, particularly residential, has significant growth and consolidation potential. Our confidence in the future of green, sustainable real estate has made ONE a frontrunner in this segment. While we are reaping the benefits thereof, we are equipping our business for the next growth chapter. We are pleased to have received the backing of our investors for all our proposals, including the capital raise operation, which shows that our stakeholders are confident in our development strategy. We are determined to accelerate our development plans to seize the further opportunities in the markets,” said Claudio Cisullo, Chairman of the Board at One United Properties.

For 2021, One United Properties will pay a total gross dividend of 15.2 million euro. The first tranche of gross dividends of 6.6 million euro was approved in the GMS in September 2021 and paid in October 2021. The Board of Directors proposed to the shareholders the approval of the second tranche of 8.6 million euro. Following the approval in the GMS, the gross dividend of 0.0033 euro (0.0165 lei) per share will be paid on May 30th, 2022. One United Properties’ dividend policy includes the payment of dividends on a semi-annual basis. The GMS also approved the buyback of shares for treasury purposes with a total limit of 2 million euro, at a maximum acquisition price of 0.35 euro (1.75 lei) per share. 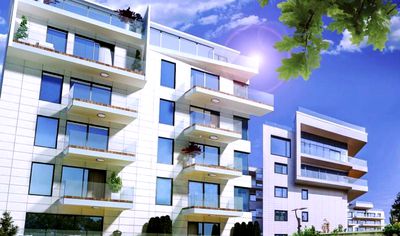 Read more about
One United Properties acquires a 10,710 sqm land near Floreasca district and Lake Tei for a new residential development
read more

The GMS elected a new Board of Directors of One United Properties, comprising of seven Members: Claudio Cisullo, Victor Capitanu, Andrei-Liviu Diaconescu, Dragos Manda, Marius Diaconu, all of whom were part of One United Properties’ previous Board of Directors, as well as two new Board Members – Augusta Dragic, who co-founded the Superbet Group in 2008, and Magdalena Souckova (Soucek), the Country Managing Partner for EY in the Czech Republic between 2008 and 2021. The mandates of the previous Members of the Board of Directors expired on April 26th, 2022, the date when the new Board was appointed.

The shareholders also approved a share capital increase operation with cash contributions or through the issuance of convertible bonds. One United Properties intends to raise up to 150 million euro to fuel the growth strategy and to allow the company to seize additional opportunities in the market. The GMS delegated the final decision regarding the type of operation to be carried out to the newly appointed Board of Directors. The planned capital increase will be the fifth for the company, which since July 2021, has been listed on the Main Market of the Bucharest Stock Exchange after having successfully raised 52.8 million euro in an IPO.

The new capital will be invested with priority in new developments, according to the existing solid pipeline of the company, while the current cash position will be used to accelerate the delivery of the ongoing developments. One United Properties is currently in advanced negotiations for ten future developments as well as it is in early discussion or negotiation stages for more than 20 other developments. The ten developments currently in advanced negotiations are primarily focused on medium and medium-high income residential properties. If signed, approximately 10,000 apartments with more than 1 million square meters above ground of gross buildable area would be developed on these lands by One United Properties over the next seven years. After they are developed, these developments could generate a gross development value of more than 2.3 billion euro and a potential gross profit for One United Properties of 900 million euro. Approximately 10% of the development would be office and commercial spaces. The company’s focus is to invest with priority in Bucharest, where most of the pipeline is located.

In 2021, the turnover of One United Properties grew by 109% year-on-year, reaching a historical milestone of EUR 228 million in consolidated annual revenue. In both residential and office segments, revenue and profits grew significantly, enabling a nearly tripling of the consolidated gross profit to EUR 122.9 million, while net profit reached EUR 103.6 million. Despite the continuous investments, the cash position has almost tripled as of the end of 2021, reaching EUR 102.7 million, while the loan-to-value ratio decreased 6%, down to 24%. The audited results of One United Properties for 2021 are available HERE.

One United Properties shares will be included in the FTSE EPRA Nareit EMEA...

One United Properties posts a turnover of EUR 70.5 million and a gross...