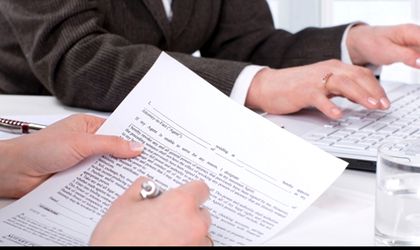 The Competition Council has fined nine insurance companies and the National Union of Insurance and Reinsurance Companies of Romania (UNSAR) with total fines of RON 246.74 million (around EUR 53 million) for having coordinated market behaviors in order to increase the cost of compulsory liability insurance (MTPL).

”Following the investigation, the competition authority found that Allianz – Ţiriac Asigurări SA, Romanian Insurance – Asirom Vienna Insurance Group SA, Insurance Company Reinsurance Astra Asigurări SA, Carpatica Asig SA, Euroins România Asigurări-Reasigurare SA, Generali România Reasigurare Asigurări SA, Groupama Asigurări SA, Omniasig Vienna Insurance Group SA and Uniqa Asigurări SA participated in a commercially sensitive exchange of information on the intentions of these companies to increase RCA tariffs. This concerted practice, facilitated by UNSAR, has led to the restriction competition in the MTPL insurance market between October 2012 and November 2016, as insurance companies have not established their tariffs independently but have acted concertedly on the market, taking into account the discussions to increase their tariffs within the the association,” a statement from the Authority states Competition shows.

According to the competition authority, over the course of the investigation, Euroins fully acknowledged its anticompetitive actions and provided, in the framework of the leniency procedure, a series of documents and information which had a significant contribution to its investigation and, as a result, obtained a reduction of the fine.

In Astra and Carpatica’s cases, the Competition Council took into account a shorter period of law infringement, ie until the Financial Supervisory Authority (FSA) had withdrawn their operating license.

”Associations have an important role and it is legitimate for their members to meet and discuss various topics, but they do not have to make trade-sensitive information exchanges such as current or future prices. sensitive information reduces uncertainty about competitors’ strategies and favors the coordination of market behavior by eliminating competition. In a competitive market, companies have to compete to provide quality services on advantageous terms, each independently setting tariff policy depending on their own strategy and cost structure involved in the activity,” said Bogdan Chiriţoiu, president of the Competition Council.

According to him, the compulsory vehicle insurance market has undergone exceptional crisis situations, but in the meantime the new legislative package has been implemented and largely eliminated the dysfunctions that had, in recent years, led to sharp increases in prices. Chiritoiu states however that some adjustments are still needed and the Competition Council will work with the ASF and the Government to identify the necessary measures for the harmonization of the legislation with the European regulations, respectively the consolidation of the market in order not to increase the price of the RCA.

At the same time, the Competition Council recommends that MTPL policies can be signed for 6 or 12 months for individuals and for a period of one month to 12 months, for legal persons. Practically, the authority proposes not to terminate the one-month RCA because there are quite a lot of cars in circulation that do not have a valid RCA because the owners have made the policy for a very short period – a month – and then forgot to renew it. Also, the Romanian competition authority launches the idea of ​​introducing a provision regarding the development of a code of conduct applicable in the relationship between the companies of the insurance company and the professional repairers, insurance and auto repair units, in order to avoid damage to consumers.