5 Things You Need To Know Before Trading CFDs 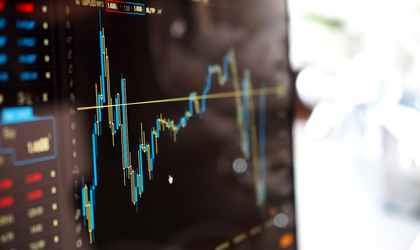 Thanks largely to technology, people have more ways of making investment decisions today than ever before. So, while standard market trading through a financial firm or brokerage remains a sort of standard model, it’s becoming common for people to look into alternative methods as well. One such method that has caught on with regard to numerous types of tradable assets is CFD trading.

It was actually a number of years ago that CFD trading platforms launched in Romania, but at that time we noted that only a few thousand Romanians considered themselves to be active traders. So now, with this method of investment more accessible (and trendier) than ever, we thought we’d take a fresh look at it. Specifically, we want to prepare people who might be interested in CFD trading by providing a list of the important things to know before getting into it.

The idea of CFDs (which stands for “contracts for difference”) is that traders can make investments based on where they think assets will go, as opposed to buying those assets and selling them at the appropriate time. The “contract” in contract for difference contains the trader’s prediction as to whether the asset at hand will gain or lose value. The contract is effectively fulfilled after a set amount of time, at which point the investor either earns a return (if he or she was correct) or loses the investment.

All sorts of different assets can be traded via CFDs. In fact, to list them all here would be just about impossible. But some of the most commonly traded options include stock shares, indexes, currencies, and perhaps most notably, commodities. Oil is the most traded of all commodities and has a strong presence in the CFD market, and gold — another very popular commodity — is available as well. By and large though, it’s fair to say that if there’s an investable asset you’re interested in trading, there’s a good chance you can find it on a good CFD platform.

One interesting aspect of CFD trading is that some platforms actually allow you to view the “sentiment” of other traders. This is something that’s easy enough to do given the nature of the trades (whereas in ordinary investment it’s more difficult to know traders’ intentions). To use an example, we’ll refer again to oil given its prominence in the market. As of this writing, readily available data shows that investors trading oil CFDs are positive, with 72% being “buyers” and 28% being “sellers.” It’s a simple type of data point, but one that can give you clues as to where assets are headed.

We just mentioned that some traders are buyers and others are sellers, and these are vital terms to understand when you’re starting out with CFD trading. Simply put, a CFD can constitute either a “buy” or “sell” order. If you believe the price of oil is going to go up, for instance, you would issue a buy order, and profit if in fact the price rises in the allotted time. If you anticipate a drop in oil though, you would “sell” an oil CFD — and actually turn a profit if you’re correct, even though the asset itself will have lost value. In short, the availability of buy and sell orders enables CFD traders to profit off of gains or losses.

Sticking with the oil example, the price as of this writing is right around USD 40. That means in an ordinary trade, if an investor wanted to purchase 15 barrels of oil, he would have to pay that amount times 40 — or USD 600, the full price of the order. But in CFD trading, deals can be made with leverage, such that traders only pay a fraction of what they’re investing. Someone looking to invest USD 600 in a CFD may only have to put up about one fifth of that (USD 120). This is a means of compounding gains by trading with more money than you actually invest. We should note that it carries risk as well given that losses are subject to leverage as well. That said, it’s said that 43% of all retail investors are using leverage, and that number is almost certainly higher in CFD trading specifically.

This should clear you up on the basics, and prepare you to enter the world of CFD trading. Each actual asset you consider trading still requires careful research and consideration. But these basics provide a good overview of what CFD trading is and how it works.

Meet FinsRoyal to Have Multiple Advantages on Trading Precious Metals