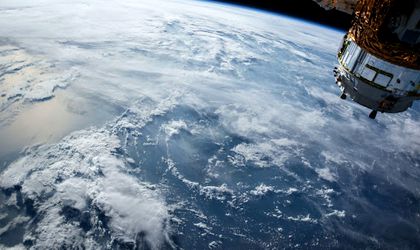 A recent article in Reuters highlights that venture funds are cutting off their investments in space startups due to market conditions. Instead, venture-capital backers are turning to firms that already have viable products in the market. But that isn’t to say the market has nothing to offer to space companies.

Despite the stock markets falling, investors like Max Polyakov consider the space industry to contribute to humanity’s future and aren’t afraid to invest in science-, money-, and time-consuming ideas. In 2014, the ambitious businessman launched Noosphere Ventures to combine all his investments and support more space technology companies.

Due to expensive development processes and long-lasting effort (British Reaction Engines has been working on its products since 1989, for example), space firms need special investors as venture capital usually expects to see fast results and profits.

Funds investing in space exploration need to be ready for the long run, to pour significant financial resources over extended periods, and to see a larger picture. Sadly, many venture funds are looking for fast investment returns, which is incompatible with the space industry. But some people and funds understand the specifics of the industry and are patient enough to wait for more significant profits.

Even though Max Polyakov earned his first money through internet companies, he eagerly invests in technologically advanced engineering innovations. He created the fund to invest in ideas with strong potential and transform them into market leaders. The fund invests in companies in different stages – from seed to emerging growth. Actually, they do not simply provide financial support to the companies in their portfolio. In addition to funding, companies can benefit from a bunch of alternative resources the group of companies can offer.

The fund supports businesses offering forward-looking technologies and designing unconventional and scalable business models. Max Polyakov has always emphasized that investors must be dedicated to the products they invest in and should also devote their time and skills to help the company grow. The fund aims to achieve this by investing in space businesses in different spheres – from satellite manufacturing to orbital vehicles and deployment systems, analysis of data collected from the orbit and even deep space exploration strategies.

In an attempt to create a vertically integrated space ecosystem that will cover all aspects of mission preparation – from concept and design to implementation and following data analysis, Polyakov’s fund has already invested in several well-known companies and a couple of smaller ones.

The central role in Noosphere’s portfolio belongs to Earth Observing System Data Analytics (EOSDA), which focuses on analysing satellite imagery and turning it into actionable insight for different industries. Among others, the company works for agricultural, forestry and mining sectors to design more efficient practices and reduce the negative impacts on our planet. In doing so, the company intends to transform the world into a better place to live by utilizing space technologies as a driver of sustainability. They have plans to launch their own agricultural satellite constellation, with the first satellite launch planned for as early as December 2022.

Among other notable investments, one should also mention Firefly Aerospace, which was given a second breath after the company went bankrupt. And though Max Polyakov has sold his shares, bringing the company to where it’s now was a significant success for the whole team working on the project.

Noosphere Ventures has also invested in D-Orbit. This service provider covers all aspects of space missions. Its products include analysis of the mission and its design, design and development of the necessary equipment, manufacturing, integrating, launching and decommissioning spacecraft after its lifetime expires.

Smaller, yet equally essential investments include Ukraine-based companies Space Electric Thruster Systems (SETS) and Flight Control. SETS is developing non-toxic electric propulsion systems for spacecraft, and their product was already successfully tested on Earth and is awaiting to reach space for further tests. Flight Control, in turn, develops components for liquid rocket engines and whole engines as well as propulsion systems components. The company, for instance, has built engines for the Blue Ghost lunar lander, selected by NASA to deliver payloads to the Moon.

During the uncertain periods we’re experiencing nowadays, space companies might find it challenging to get the necessary financial resources to sustain their operations. Yet, some investment funds like Max Polyakov’s Noosphere Ventures are ready to support startups with breakthrough technologies, valuable ideas and the potential to grow into market leaders. With dedication and understanding that building and launching rockets are actually rocket science, the fund does a lot to find attention-worthy companies and ideas and help them reach a higher level.

The Ways of The Crypto: Investing In Digital Currency Effectively