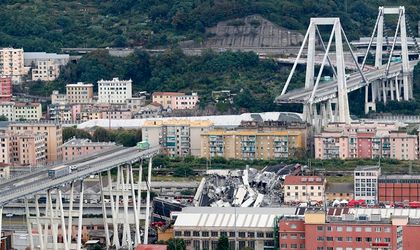 After the August 14 highway bridge collapse, which killed 43, the Rome-based builder lost about a quarter of its value. Its recent valuation is EUR 14,6 million.

The company, owned by the Benetton family, offered EUR 500 million in initial funding to help victims of the Genoa bridge disaster. The fund will also be used to support the region in repairing damaged road and rail links.

According to the company’s CEO, Giovanni Castellucci, a plan to rebuild the collapsed bridge in eight months could start today.

According to Bloomberg, the compensation offer is meant to build good will for the Benettons, who are trying to avoid the potential loss of the lucrative toll-road concession.