Although the Covid-19 outbreak disrupted gold mine production and mineral exchanges, the stock price of the leading gold producing companies globally significantly increased in 2020.

According to data presented by AksjeBloggen.com, the market capitalization of the world’s five largest gold producing companies hit USD 157.7bn in September, a 73% jump since the beginning of the year.

The coronavirus crisis knocked down global physical gold demand to its lowest level since 2009, as the price of the precious metal hit new all-time highs. However, as the scale of the pandemic and its potential economic impact started to emerge, investors turned to the gold market, causing a surge in global demand for investment gold.

In December 2019, the market cap of Newmont Corporation, the largest of the top gold producing companies in the world, stood at USD 29.3bn, revealed the Yahoo Finance data. The corporation, which holds significant operations in North and South America, Asia, Australia, and Africa, produced 195.7 tonnes of gold last year, a 25% increase year-on-year. 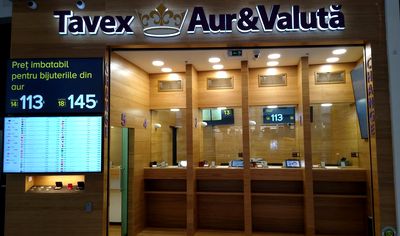 By the middle of March, the combined value of the company’s stocks rose to USD 35.8bn, despite the stock market crash caused by the COVID-19 pandemic. The increasing trend continued in the following months, with the market cap jumping to USD 45bn in June. Statistics indicate the total value of stocks of the world’s largest gold producer hit USD 52.8bn in September, almost 80% increase since the beginning of the year.

Barrick Gold ranked second on the list of the leading gold producers globally, with a production level of 170 tonnes in 2019, nearly 20% increase from the previous year. The company’s 10-year plan is based on production guidance of around 5 million ounces of gold per year.

Statistics show that the Toronto-based corporation’s market capitalization surged by 67% this year, rising from USD 30.9bn in December 2019 to USD 51.9bn in September.

The gold production level of AngloGold Ashanti, the third-largest company on this list, amounted to 102.1 tonnes in 2019, a slight decrease from the 106.1 tonnes it produced in 2018. In December, the market cap of the South African company with 17 gold operations in nine countries, stood at USD 9.46bn. During the last nine months, it rose to USD 11.66bn, a 23% jump since the beginning of the year.

Polyus produced 88.4 tonnes of gold last year, rising from seventh to fourth place on the list of the ten largest gold mining companies globally. The Yahoo Finance data also revealed the leading gold producer in Russia witnessed the most significant increase in market capitalization among the top five gold-mining companies. In December, the combined value of the company’s stocks amounted to USD 15.26bn. In September, it hit USD 30.65bn, a 100% jump in nine months.

Statistics show the market cap of Kinross Gold, the fifth-largest gold producer globally, rose by more than 80% since the beginning of the year to $10.74bn in September.