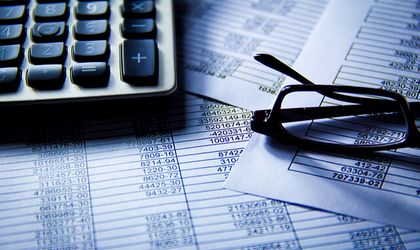 The end of the year is the right time for a retrospective of the main economic movements from 2018. Christopher Dembik, macro-strategies director at Saxo Bank, has put them all together to review what we have done in 2018 and what we can expect in 2019.

Short-term gains are often the cause of long-term problems

With a massive fiscal stimulus and financial deregulation, the US administration has revived the economy – growth for GDP and wages is above 3 percent – but that was done at the price of more imbalances. Trump’s burgeoning deficit is approaching USD 1 trillion on a 12-month rolling time-frame, an unprecedented level in a period of strong growth, and this is happening while financial risks have been on the rise (especially US corporate debt). All that makes us fear that the end of the business cycle will be quite complicated. The main risk is that the USA will not be able to implement a counter-cyclical fiscal policy when such a move is most needed.

The trade war is about frontier technology

The Trump administration first focused on trade imbalances but, over the past few months, it has paid more attention to intellectual property rights and frontier technology. The United States’ main and first goal is to prevent China from becoming a leader in frontier technology. The next battleground of the US-China Cold War will be all about 5G, as reflected by the legal action against Huawei. 5G is a completely new infrastructure that promises faster throughput and high-density connection of devices – from human to human, human to machine and machine to machine. It will carry sensitive communications, including industrial secrets; this makes 5G one of the most critical of infrastructures. It explains why the US administration, along with allied countries, are looking to restrict this market from Chinese vendors.

Gold is reemerging as a strategic asset

According to the Gold Council, more than 20 countries across the world have bought gold since the start of 2017. For many of these countries, this had not happened in decades, as is the case for Poland, which bought 13 tons of gold recently for the first time in 25 years. The comeback of gold as a strategically important asset can be explained by these main drivers: countries are seeking political independence (de-dollarisation), it serves as a US dollar hedge to mitigate the risks linked to the US budget deficit, and it serves as a key asset in a period of increased diversification to face higher global risk.

So what does the future hold?

Looking ahead, we are convinced that we are entering a new cycle that will be marked by weaker growth, rising political risk, particularly regarding the 2019 European elections, a more fragmented world, and a slow decline of the USA in favor of China. We see three major themes that will be crucial to monitor next year.

The role of China as global growth engine is central

China’s stimulus represents 34 percent of global growth (equivalent to the combined contribution of the USA and the Eurozone), around 70 percent of Asian EM manufacturing growth and the country is the largest importer of roughly 50 countries. As a result, investor attention needs far more than ever to focus on Chinese economic and monetary policy. Since last May, China has eased monetary policy, pushing credit impulse into positive territory for the first time since the end of 2016. So far, the stimulus looks like it has come too late and too little, but the country should be back in the spotlight in Q1 2019 as we expect the government will announce a bunch of market opening policies, including tariff cuts on more goods and new fiscal stimulus policies, at the upcoming Economic Work Conference that will start this Friday through Monday.

It’s all about liquidity

As we operate in a USD-based world, USD liquidity serves as a key driver of the global economy and financial markets. Since March 2018, our liquidity indicator has sharply declined to reach a two-year low. It is a clear signal that the momentum in global growth is slowing down, leading to deteriorated financial conditions, higher USD funding costs and a sell-off of risk assets. It largely explains the EM turmoil that occurred past Spring and Summer. We expect that liquidity will keep decreasing in 2019, which means global growth will go lower and that investors will need to evolve in a much more challenging environment. It will be especially difficult for traders and investors who are not used to high interest rates.

It will be a pivotal year for stocks

A lot of bad news is already priced in by the decline in the market valuation. Since January, the US market’s PE ratio has fallen to 15.4x, a heathier level, and since October’s correction, the S&P500 is less dependent on the performance of the FAANGM. However, there is still a lot of uncertainty regarding the Fed pause after the expected December hike and, due to earnings growth that will be back down in single digits (around 6%), there are less drivers to lift the market than in previous years and especially in the first part of 2018. The market environment will be much more challenging and more volatile than it used to be.