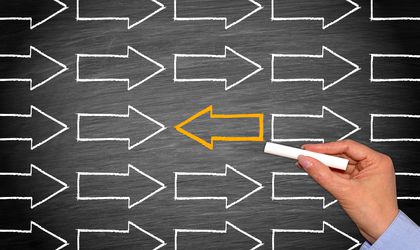 Accept. Adapt. Be flexibile. Provide constant feedback. See work as an output rather than an input. These are some of the key principles that HR departments in both Romanian companies and multinationals operating on the local market should live by from now on. HR specialists attending the 6th edition of BR’s Working Romania #futureofwork event last month highlighted the biggest changes the pandemic has brought to the local labour market, focusing on remote or hybrid work as the new way of working—now and in the future.

The covid-19 pandemic has changed the way we work, live, and socialise. As a result, hybrid and remote work became one of the most visible trends on the labour market, and it is predicted to become even more prominent in the future. Both locally and globally, the new way of working has been adopted by many organisations that must now find ways to adjust their interactions with employees and their HR processes in order to cope with this new normal.

“Remote work is the new reality to which we need to adapt. We’re seeing an upsurge in searches for remote jobs; it’s now among the top three search criteria on our platform. This proves that remote work is at the core of the new wave of employee expectations. Jobs listed on our platform as being remote or hybrid have a larger number of applicants and we think that at the beginning of 2022, about 25 percent of open positions on BestJobs will offer one of the two options,” says Andrei Frunza, CEO at BestJobs. 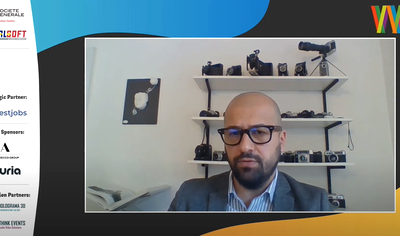 According to a global study conducted by Adecco, titled Resetting Normal: Defining the New Era of Work, just 43 percent of Romanians want to work remotely. By comparison, 53 percent of global workers incline towards a hybrid work model, which implies that more than 50 percent of their time spent at work is remote. In addition, “7 out of 10 employees say that they have the logistics they need to work from home now. Still, I think it should be a compromise between what a company can accommodate and what employees want as working conditions,” says Paula Rus, operations manager at The Adecco Group.

But remote work is not an appllicable solution for some sectors, including hospitality and oil & gas. “In our industries, it is very difficult to work remotely because it is about operating personnel whose presence at work is mandatory,” says Sorina Tecu, recruitment manager at Procer WorldWide Technical Services. The company provides project services and engineering and construction consultancy for sectors like oil & gas, power, civil & infrastructure, and other related industries.

As a novelty, Romanian employees have become more interested in working abroad, a trend that brings on a series of challenges for both employers and their employees. “Right now this trend is still in its infancy on the local market, but it is going to grow in the future, because employees will be putting more pressure on their employers to work abroad, therefore companies will have to find relevant solutions,” says Madalina Racovitan, tax partner and head of people services at KPMG in Romania. In the current context, she recommends that each company have a remote work policy which might include a series of details like the number of days that can be spent in the EU zone.

In addition, in sectors such as oil & gas, workforce migration to the Middle East, the UK or Germany is based on the job security these countries can offer. “There is no interest for this field in Romania, but we can increase retention by adopting and implementing the offshore law, which could create around 40,000 jobs in related industries,” says Tecu of Procer.

Along similar lines, Romulus Badea, tax partner at Soter & Partners, says that working from home has opened up opportunities for Romanians to work for foreign employers. “American or British companies hire remote workforce in Romania. Althoguh they still live in Romania, these employees are no longer available for local companies and this affects the Romanian labour market. This is where a concept like employer branding comes into play, because we all need to remain competitive on the local market, yet in an international environment,” Badea says.

The so-called “great resignation” phenomenon, which is also increasingly visible in Romania, is another workforce trend of 2021. “The reason why this phenomenon appeared was that last year, some employees who tried to keep their jobs amid the high uncertainity came to the conclusion that their employers were no longer meeting their needs. In a situation like this, organisations must act in order to protect their entire business model,” says Racovitan. Their action must be built in three main directions: rethinking their organisational culture, streamlining their processes and offering a better working experience for their employees.

But Frunza of BestJobs says that the great resignation comes along with the great employment, as a large number of fresh employees will be looking for a more suitable job. “According to our data, there is a new pool of candidates – either new profiles or existing but less active ones – who are becoming interested in professional options that meet better their expectations. This translates into a great challenge for companies when it comes to retaining these employees,” says Frunza.

Rus of Adecco Group shares the same opinion about staff retention and says that companies are now trying to align their internal statements to both existing employees and talents and to the potential employees they might be looking to attract, either because their business is growing or because they want to develop it in a different way. “There is a workforce shortage, and both white and blue collar workers have become more selective regarding employers and working conditions,” says Mihai Gavan, HCM Global Sales Director at TotalSoft.

The significant changes on the labour market are testing companies’ ability to adapt to the new reality and to redefine their internal processes. “I think we’re entering a new paradigm, where we’re beginning to define work as an output rather than an input. We can no longer look at the amount of time an employee spends at work, but at the result of their efforts. It is a shift that brings some important changes for every company. We need to rethink our performance management,” says Frunza of BestJobs. In addition, Rus of Adecco Group says that one of the key areas where to look for balance between the needs of employees and employers could be the staff’s productivity level, rather than flexibility in terms of working hours. “This is an area where some common ground could be found between the two parties,” she notes.

Last but not least, Frunza thinks that it could be a bold step forward for companies if they start seeing their teams and employees as business partners, and that this could help grow their business and profitability. “My recommendation would be to see the work as an output in terms of its effectiveness and performance.”

The digitalization of HR and other business processes that have a significant impact on the workforce is not something new on the local market. But now, the role of HR departments becomes crucial. “Its role today is to understand those jobs that will be the most affected by digitalization and to contribute to the retraining of the most affected employees in order to find new jobs in the new way of working,” argues Racovitan of KPMG.

Sharing her opinion, Tecu of Procer says that professional reconversion for operational specialists working in the industry could be implemented successfully in Romania, too. “This is also valid for other sectors, but I think that it could be done with the support of the Labour Ministry and in partnership with local companies, which can promote available positions that might require professional reconversion among unemployed individuals.”

Speaking about digitalization, Gavan of TotalSoft says that there are two sides of the phenomenon: the automation of HR processes and the digitalization of employees’ needs. “In the past, recruiting and hiring processes depended on physical presence, but today this presence could be minimal or inexistent. We have processes that allow us to hire people using a chatbot, while the employee gets the hiring documents via email and uses an e-signature to sign them. In addition, all the needs of an employee could be met using technology, so their physical presence is not required.” Gavan adds that digitalization has had an impact on the evaluation process, too. “The classic evaluation that would be carried out once every 6-12 months is no longer relevant, as the majority of employees are working from home and the company must understand how each of them is perceived by other teams. It is all about constant feedback, which can help an employee identify the skills they ought to improve at a specific point in time,” says Gavan.

8 facts about the local labour market