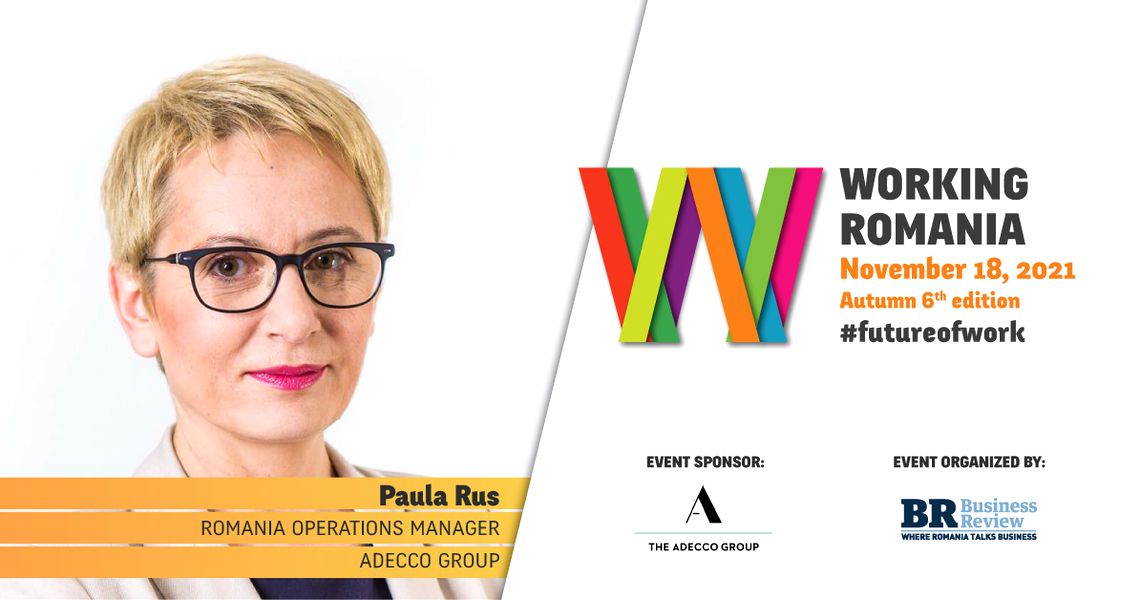 Paula Rus, Operations Manager at The Adecco Group, will be a speaker in the Opening Panel titled “Keeping an eye on the #futureofwork” at BR’s upcoming Working Romania | Autumn 2021 Edition.

A graduate of the „Babeș-Bolyai” University of Cluj-Napoca, Paula Rus joined Adecco in February 2013 as a Branch Manager, one year later becoming the Area Manager for the Central East region, a role she held until 2017 when she became the Staffing Manager of The Adecco Group. In January 2020 she was promoted to her current position, Romania Operations Manager of the group. Paula Rus also serves on the board of The Association of Human Resource Services Providers (AFSRU). Keep an eye on the #futureofwork and don’t miss the Opening Panel of the Working Romania HR Conference, on November 18, starting at 10:00 AM. Join Paula Rus, Operations Manager at The Adecco Group, and other top speakers by registering for the online event. 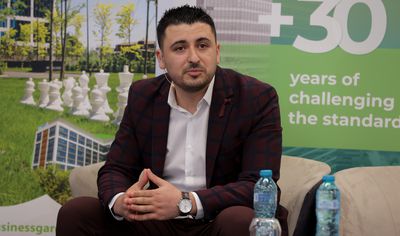 Read more about
Aurelian Chitez, Romanian Software: Hybrid work through HR technologies or how we use disruption to our advantage
read more

Back to the #futureofwork: Working Romania is on, March 31 starting at 11...