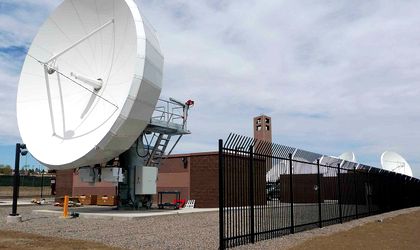 The telecom market has seen further consolidation in 2014, with a 1.4 percent drop in the mobile phone user base to 22.3 mln and also 1.9 percent drop in landline telephony users to 4.6 mln. Convergent offers, rebranding, network development and the slash in termination rates were major milestones for telecom players year.

The landline telephony subscriber base dropped 0.8 percent in H1, 2014, to 4 million, while the mobile subscriber base rose 1.3 percent to 9.4 million, ac- cording to data from Romanian tele- com regulator ANCOM. In 2014, Romania had 9.4 million subscribers and 12.9 million prepay card users. The mobile telephony penetration rate dropped from 112 percent in June 2013 to 110 percent in June 2014. Though there were fewer active users, the use of mobile phone services has augmented. Active broadband connections in Romania rose by 22.8 percent in H1, 2014, to 18.3 million, on the backdrop of a 28.5 percent increase in the number of mobile internet connections to 14.4 million, according to ANCOM.

As Romania should make the transition to digital terrestrial television starting June 17, 2015, as part of the agreement it signed in Geneva in 2006, the state organized a public bid last year for the allocation of digital terrestrial TV licenses. The winner was the National Radiocommunication Company, operating under the brand Radiocom, which won three such licenses for EUR 1.02 million. The other contender in the tender was RCS&RDS, which did not win anything.

Recently, ANCOM published the task book for a new public tender that will take place in 2015, which will see the allocation of two national digital television multiplexes that were not won during the previous procedure, as well as 40 regional multiplexes and 19 local ones.

The slash in termination rates, meant to favor consumers, was a measure that did not go down well with telecom companies, which complained that it came at a time when they needed to make massive investments in their networks. Orange Romania ended September 30 with a total customer base of 10.5 million customers, expanded its 4G network to over 1,300 localities and over 90 cities, representing 48 percent of the entire population and 78 percent of the urban population, according to data from the operator.

The operator also launched 4G + services in Bucharest, Brasov, Cluj-Napoca, Galati, Iasi and Timisoara. The Orange group is no longer interested in acquisitions in Romania but is working on agreements with local fixed players to address the need for fixed, mobile offers, Stephane Richard, CEO of the company, told Reuters.

The same cannot be said about its competitor, Vodafone, which seems to be actively seeking new opportunities. According to Reuters, Vodafone is reviewing potential acquisitions, including of Europe’s leading cable operator Liberty Global, which in Romania is represented by UPC Romania. The Liberty Global acquisition would enable Vodafone to offer TV services in Romania on a par with its main competitors, Orange Romania, Telekom Romania and RCS&RDS.

Vittorio Colao, CEO of the British group, said in an interview with Ziarul Financiar that Vodafone was analyzing the option of providing fixed voice and data services to the consumer segment as well as TV services in Romania, which may include a merger or acquisition.

As of May, Vodafone has had a new CEO, when Ravinder Takkar, 45, previously general director at Vodafone Partner Markets since January 2012, replaced Inaki Berroeta. Vodafone also launched Supernet, which allows higher speeds, network stability and security in the network for customers.

Vodafone had 8,507,439 customers at September 30, 2014. In July, the firm opened a new Shared Services (VSS) Center in Romania following a EUR 6.25 million investment. The center serves Vodafone operations in five countries, as well as for the Vodafone Group.

The most important event in the life of Telekom Romania was the name itself, as Romtelecom and Cosmote acquired the German identity of mother company Deutsche Telekom, following an investment of nearly EUR 15 million. The two companies started working as Telekom Romania, having integrated fixed and mobile shops, a unified callcenter, one single website, and one social media presence.

Even though they work as one, they are not legally merged, something which DT aims to do in the future. However, for that to happen, the Romanian state, which has a 46 percent stake in Romtelecom, needs to decide in what way the privatization of Romtelecom must take place. This topic should be high on the government’s agenda in 2015. The state is already late in making a decision: a possible listing of the Romtelecom shares was announced for 2014, but did not happen.

Still last year, Deutsche Telekom made another move with an impact on the Romanian market, namely the completion of the acquisition of GTS Central Europe, which has operations in Romania as well.

Last year marked a repositioning of local operator RCS&RDS. The telecom operator signed a two-year national roaming agreement with Vodafone Romania, as part of the obligations stipulated in the license acquired by operators in 2012. Even though it activated its 900 Mhz network, which would allow it to provide 4G services, RCS&RDS announced it would stick to 3G for 2014, as it offers the optimum speeds for its consumers.

At the end of September, RCS&RDS entered the Hungarian telecom market with a EUR 32 million bid for a 4G license valid for 20 years, according to Reuters.