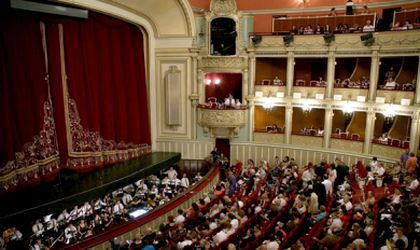 To discover stories of life and art in the capital, try the Art in Bucharest tour. This unusual offering captures the essence of Romania in downtown Bucharest, affording participants an insight into artists’ works and studios.

This weekend, on January 18, from 11.00, you can explore explore the artistic world of Bucharest in the winter discovering Cela Neamțu in her studio – a dedicated tapestry artist, Lucian Taran, the artist who created the voluptuous and sensual cats seen before and the fish with feet as expression of social anomalies and a surprise artist. More about this tour, here.

Under the wand of Adrian Morar, the libretto of Francesco Maria Piave comes alive for the public. On this occasion, there is an anniversary concert for Elena Mosuc.

American Hustle is a 2013 American crime comedy-drama film directed by David O. Russell, from a screenplay written by Eric Warren Singer and Russell, loosely based on the FBI ABSCAM operation of the late 1970s and early 1980s. It stars Christian Bale and Amy Adams as two con artists who are forced by an FBI agent (played by Bradley Cooper) to set up an elaborate sting operation on corrupt politicians, including the mayor of Camden, New Jersey (played by Jeremy Renner). Jennifer Lawrence supports the cast as the unpredictable wife of Bale’s character.

Robert De Niro and Sylvester Stallone star as old boxing rivals who come out of retirement for one final match. On their first encounter in decades, their long-festering feud erupts into an unintentionally hilarious melee that instantly goes viral. The sudden social media frenzy transforms their local grudge match into a must-see HBO event. Now, if they can just survive the training, they may actually live to fight again.

Based on the character created by bestselling author Tom Clancy, “Jack Ryan” is a global action thriller set in the present day. This original story follow a young Jack (Chris Pine) as he uncovers a financial terrorist plot.

The Bucharest Cervantes Institute and the Miguel Delibes foundation are opening the ‘Common land. Illustrated Delibes’ exhibition, showcasing book illustrations by 16 of the most important contemporary Spanish illustrators. More details about this event, here.

Currently, at the special guess section, the artist invited to exhibit is Victoria Berbecaru. The opening takes place on January 10, from 18.00.