Trends in technology: a peep into 2013 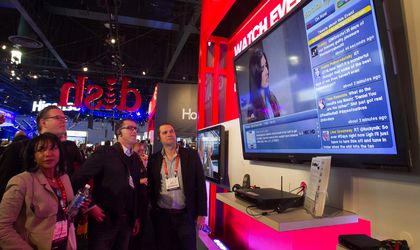 With the Consumer Electronics Show in Las Vegas now over, and the Mobile World Congress in Barcelona still to come, a question on the minds of many an avid techie is which of the showcased contrivances (existing or imminent) seen through these events may actually become mass market. In other words, what will the not too distant future look like and when will it reach Romania?

Are we there yet?

“Technology makes our lives easier so it comes as no surprise when a user desires an ecosystem in which all the devices can be easily synched, for instance so that the user can see the content of his or her mobile phone directly on a TV screen, without the need to connect them through cables,” Lucian Radulescu, country head Romania & Moldova, Sony Europe Limited, Bucharest branch, tells BR.

The technologies and products presented during this year’s CES suggest that the future “will be under the sign of inter-connectivity,” Mihaela Stanoiu, marketing manager at Samsung Romania, tells BR.

On the wave of a heightened need for mobility, consumers are driven to adopt those products that give them the option to solve their work-related, administrative or home-related issues or to enjoy entertainment wherever they are, says Stanoiu.

“In my opinion, out of all the ‘crazy’ things that were on display, a few have the potential to enter the mass market in the next year or two. I am referring to two gaming gadgets – Razer Edge, a gaming PC turned into a tablet with console-like controllers, and Nvidia Project Shield, an Android-based gaming 5-inch touch-screen device,” Alexandru Munteanu, sales operations senior manager, Cosmote Romania, tells BR.

Another rising trend he points to is the upgrade in resolution, seen on “4K TVs, full HD mobile phones and tablets, some of which will enter the market soon,” says Munteanu.

While in the past, Romania has been “one to five years behind the international hi-tech trends,” this is not the case anymore.

“Our country has been included amongst those in which worldwide premiers in terms of product launches occur at the same time as in other, more developed countries,” says Munteanu.

From CES to Romania

Several of the technological giants that were present at CES in Las Vegas shared insights into what ranges will be available for technology buffs in Romania – and, more importantly, when.

Smart TV sets from Samsung will hit the local market this spring, coming with new functionalities, improved design and a larger diagonal that gives an enhanced viewing experience. “The Evolution Kit, a system that allows the permanent upgrade of the same TV set without the need to acquire another one every year to have access to the latest software applications and developments, will also be available” explains Stanoiu.

The Evolution Kit will be available for smart TV sets in the series ES7000 and ES8000, the only TV sets that allow real interaction through voice and gestures with the TV, without requiring the use of a remote, as well as the facial recognition of users – children and adults – when it comes to different TV programs and applications. The new Smart Camera range from Samsung, which includes Wi-Fi models WB250F/WB200F, WB800F, WB30F, DV150F and ST150F, will arrive in Romanian stores in the first few months of the year.

The new range is a mix between the functionality of the touch-screen with that of big screens to increase the speed of editing and transferring photos onto other devices or onto social media channels.  In the mirror-less segment, in spring, Samsung will launch the photo camera NX300.

Still in the first half of the year, Samsung’s series 7 touch monitors, optimized for Windows 8, will be introduced. “Romanian consumers will be able to have up to 10 multi-touch points at the same time, with the option to move, rotate or select objects on the monitor with their own hand,” says Stanoiu.

This year at CES, Sony tried to bring in “a mix of science, curiosity, design and functionality, technology and entertainment,” says Radulescu. “For Sony, an important trend is the development of 4K technology which offers users a viewing experience that is more dynamic and captivating. 4K TV sets from Sony are equipped with image processor 4K X-Reality PRO, allowing users to view in 4K whether the source of the image is a Blu-ray disc, TV broadcasting or the internet,” says Radulescu.

“Over the past few years, we have tried to shrink down the time gaps between the international launch and the launch on the Romanian market of a product. So we expect the novelties showcased this year at CES to be available in Romania as soon as they are launched on the international market,” says Radulescu.

At this year’s CES, LG presented a new series of smart TV with technologies such as OLED and Ultra HD, “which mark the start of a new era of TV sets,” says Ioana Cristescu, senior marketing manager at LG Electronics Romania.

“While two years ago the smart TV was in the innovation stage, currently most of the sets in this year’s LG range are smart, which proves the new technology has been successfully adopted and consumers appreciate this product,” says Cristescu.

The LG Ultra HD TV, which was showcased at CES, will be launched in Romania in the coming months, at the same time as in other European states. And the company will launch the LG Optimus G phone this year too. 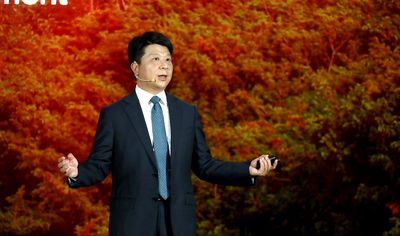 Read more about
Huawei: A Year and Beyond
read more

In the mobile telephony chapter, Huawei had a word to say on smartphones at the CES. “We started this year with three big product launches, and there will be more exciting announcements in the months ahead,” Sorina Macarescu, marketing manager Huawei Romania, tells BR.

“We want the most common screen size to be 4 inch. Also, we will familiarize our public with the new battery life-saving technologies. A smartphone has to last more than one day! After Barcelona, we will have a lot more news to give, including a new brand approach,” says Macarescu.

At  CES 2013 in Las Vegas, Huawei Device launched three new smartphones, including the smartphone with the world’s biggest screen, the Huawei Ascend Mate.

“Before creating the Ascend Mate, we conducted extensive research to identify the optimal screen size that provides the functionality of a tablet with the portability and convenience of a smartphone. With its 6.1-inch screen and a customized UI to enable typing with one hand, the Huawei Mate hits the mark in providing a supercharged experience across entertainment and business use,” says Macarescu.

The other two smartphones showcased at the fair were the Ascend D2, which promoters say comes with a revolutionary FHD screen, unsurpassed camera quality and power-saving technology, and the Ascend W1, the first Huawei Device Windows 8 smartphone, which the company says has the longest standby time in its class.

“It will be interesting to see how Windows Phone  OS evolves in our country. The range of products that offer WP8 will be wide and we expect to double the number of Windows adopters,” says Macarescu.

While launch dates for Romania are “not yet available,” the company promises that Huawei will be present on all segments including the new 6-inch Huawei Ascend Mate.

“The rate of adoption of a newly-launched handset in Romania is among the best in Europe. The growth potential remains visible at the level of volumes of sales in the case of newly-appeared handsets,” Andrei Oltei, manager, handset portfolio and planning, Vodafone Romania, tells BR.

As far as the new phones are concerned, the recently finished CES as well as the upcoming MWC are two of the key events in the industry, during which new prototypes are launched, new technologies are tested and the most interesting gadgets are showcased, explains Oltei.

These events play an important part in tracing the trends in the features and functionalities of mobile handsets by presenting new operating systems and new versions of the existing systems, but also by launching revolutionary applications.

Naturally, when it comes to the rate of adoption of new technologies, one important aspect to be considered is the standard of living and purchasing power, where Romania may find itself at a disadvantage.

“Obviously, if we are referring to a EUR 30,000 4K TV, the price range is definitely an impediment for many Romanian consumers, but new products and technologies which are appropriate to the market conditions will also be launched in the coming period,” says Munteanu.

He adds that in terms of mobile telephony, adopting new technologies is, however, a natural evolution, as people are looking for communication and mobile browsing, applications and services, at a fingertip distance.

“Customized tablets and full HD handsets are a few of the new products that Cosmote plans to offer our customers this year,” says Munteanu.

One significant event that will exponentially drive onwards the consumption of data and the adoption of new technologies is 4G, which the top three operators in Romania – Orange, Vodafone and Cosmote – have already or will introduce this year in Romania.

“4G technology is still expensive. In 2013 we expect the early adopters to try it and recognize its benefits. We count on greater adoption later in 2014, after the official launch of 4G networks and special offers from operators,” Macarescu predicts.

But despite finding themselves in a difficult financial spot, consumers in Romania may have the upper hand after all. “Many of them wish to be among the first to test a new release or to have sophisticated products. It is a specific of the local market which maintains its development potential even though the purchasing power is lower than in Western countries,” concludes Stanoiu.