The highest price wins the tender: UTI selected as provider of the digital marriage papers system 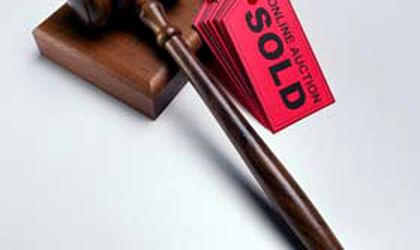 The Romanian Ministry for Information Society (MSI) has selected UTI Group to be the provider of the system for the online release of marriage papers. All marriage papers of the last 100 years, representing approximately 75 million documents, will be scanned and transferred in digital format.

The price requested by UTI for delivering the project is RON 150.9 million (with VAT), which was the highest price offered during the tender.

Following a re-evaluation, UTI was preferred to Romsys, which was declared winner in December 2013, with an offer of RON 117.8 million (with VAT). The association led by Romsys also included Indra Sistemas, Mercury 360 Communications, and sub-contractors Technology Network Services, Quantrio Consulting and Star Storage.

The decision was made by the Bucharest Court of Appeal and the National Council for Solving Appeals.

“Following the re-evaluation of offers submitted during the procedure for attributing the public acquisition contract for The Integrated System for The Release of Marriage Papers, the Ministry for Information Society declared as winner the asociation made up of SC UTI Group SA (leader of the association), SC CertSign SA and SC AM Project Design & Consulting SRL. (…) The Comission has rejected the offers submitted by SC S&T Romania SRL (leader of the asociation), with SC Siveco Romania SA, SC Expert One Research SRL, SC Frontal Communication SRL and SC BCS Business Consulting Software, as well as SC Romsys SRL (leader of the association), with SC INDRA Sistemas SA and SC Mercury 360 Communications SRL,” according to a press release from the ministry.

The project will be implemented by the MSI and financed from structural funds. The total budget of the project is EUR 35 million.

The system should be delivered before July 1, 2015.The tender was launched by the ministry in August 2013.

The offer of the consortium led by S&T Romania was nearly RON 121 million (no VAT), according to Mediafax newswire.