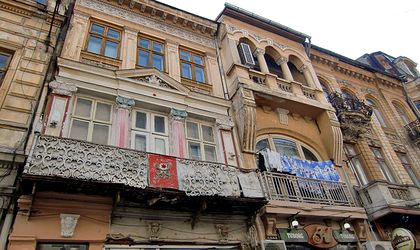 The Guardian started a new series of articles on cities where daily living implies risk and the first feature is on the Romanian Capital where the threat of an earthquake poses real danger for the inhabitants, much stronger than in any other European metropolis.

“Bucharest is the most dangerous major city in Europe when it comes to earthquakes,” Dan Lungu, seismologist, explains For the Guardian.

In 1977, an earthquake measuring 7.2 on the Richter scale struck near Bucharest. The resulting shockwaves destroyed more than 30 high-rise, thousands of other structures and killed an estimated 1,578 people were killed.

Soon after the disaster, metal brackets were attached to building walls as a quick-fix solution soon after the earthquake struck. Those brackets are still in use today with little to nothing being done consolidate old buildings because of bureaucracy, real estate interests and lack of interest on the owner’s side.

How new can Bucharest’s Old City get?

Bucharest is the most earthquake-prone capital in Europe, affected by numerous small tremors every year – and many of its older buildings are in real danger of collapse. A system was designed at the end of the 1990’s to designate the buildings in mod danger of collapse in case of an earth quake by placing red circular plaques on the buildings.

To date, 374 buildings in the heart of the old city (containing as many as 2,700 apartments) have been classified as Class I risk. The testing process was begun at the request of the apartments’ residents, who then quickly realised the negatives of owning property in a building with a “red spot”. Repair loans would only be awarded if every homeowner in the building agreed – if just one resident refused, the building would still be given a red spot without any way to remove it.

“People realised it was pointless, that property prices would go down. There have been no more than 17 requests for red spot tests since 2000. If people see the spot, the price lowers and it is harder to sell,” says Lungu, adding that many residents have removed the plaques from the sides of their buildings.

“Probably nearly all of the buildings in Bucharest’s old town should have red spots,” he adds.

According to Nicusor Dan, a 45-year-old mathematics professor who moved to the city as a 20-year-old and eventually set up his own small NGO to protect Bucharest’s heritage architecture, estimates there are around a thousand historical buildings in danger in Bucharest, with just 26 having been strengthened in the past 20 years.