The Cat Empire performs for the first time in Romania 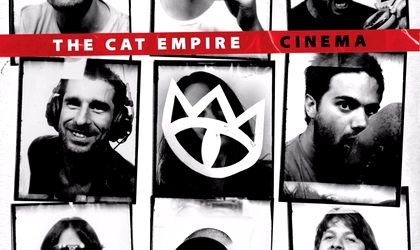 “Europe – here we come…Our flights are booked, hotels and busses are almost confirmed, inflatable backdrop is ordered, and despite the fact we don’t know how we are going to make some of these distances in such short timeframes….we are all set to deliver a massive European tour in July/August. We are playing a lot of festivals, as well as some of our own shows. We’re looking forward to playing in Romania and Portugal for the first time!”, it is written on the official website of the Australian band.

The band was initially booked for the B’est Fest Festival, which will no longer take place; instead The Cat Empire will have a concert on July 31, in Bucharest, at Arenele Romane.

The Cat Empire are an Australian ska and jazz band formed in 1999. Core members are Felix Riebl (percussion and vocals), Harry James Angus (trumpet and vocals), Will Hull-Brown (drums), Jamshid “Jumps” Khadiwhala (decks, percussion), Ollie McGill (keyboard and backing vocals), and Ryan Monro (bass and backing vocals). Their sound is a fusion of jazz, ska, funk and rock with heavy Latin influences. The band has released so far six albums, The Cat Empire (2003), Two Shoes (2005), Cities: The Cat Empire Project (2006), So Many Nights (2007), Cinema (2010) and Steal the Light (2013).

The ticket prices cost RON 80 or RON 130. Those who have already bought tickets for B’est Fest have to change the festival’s pass with a ticket that MyTicket.ro can provide.