Telecom tender for spectrum kicks off on September 10, final results to be announced in October 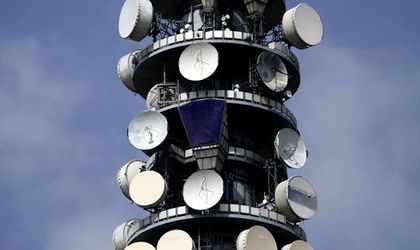 Since the initial demand from the five companies that have enrolled in the telecom tender for spectrum– 2K Telecom, Cosmote Romanian Mobile Telecommunications, Orange Romania, RCS & RDS and Vodafone Romania– exceeds the existing offer, telecom authority ANCOM has announced that auction rounds must be organized to attribute the spectrum.

The auction rounds will start on September 10 and the final results will be announced in October.

In the first primary round, the price of every block of spectrum will be equal to the starting prices established by the Romanian government.

Each applicant is invited to submit an offer indicating the number of wanted blocks in each frequency. At the closing of each primary round, all the received offers are centralized and, if the demand exceeds the offer, a new round is organized.

In case there are more rounds, the price per block of spectrum will increase and will be communicated to the bidders. The primary rounds end after the demand for blocks does no longer exceed the number of available ones, in all categories of spectrum.

After the primary rounds, the bidding can continue with supplementary rounds, if there are blocks of spectrum that have not been allocated.