In a study conducted by EY Romania in 2015, Social media and the Romanian business environment 2015, 74 percent of the respondents stated that they make use of social media to promote the company, with Facebook being the preferred medium (92 percent), followed by LinkedIn (75 percent) and YouTube (37 percent).

In 2015, 21 percent of respondents said that using social media is part of their company’s communications strategy, an increase of 2 percent from 2014, according to the study. Also compared to 2014, there were significant increases in the use of LinkedIn (+14 percent), YouTube (+8 percent) and Twitter (+8 percent).

In terms of how Romanian companies use social networking services, the highest percent of respondents (23 percent) use them for promoting activities and have been using them for 2-3 years. A smaller number, 20 percent, reported having started using social networking recently, in the past 2 years, finds the study. Furthermore, over half the companies (58 percent) allocate up to 5 hours weekly for communicating through social networks, while 20 percent give between 6 and 10 hours weekly – similar findings to those recorded in 2014. 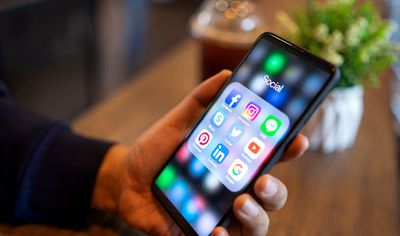 Most respondents (75 percent in 2015 from 64 percent in 2014) manage their own social media campaigns. Nevertheless, “46 percent of companies say that they outsource the design and development side of things, 23 percent outsource content creation, and 16 percent each outsource market research and PR”, adds the study.

The use of social networking services as a means for conducting recruitment remains high, with the financial and banking industry reporting the most use for this purposes, with 56 percent respondents. Financial and banking companies also point to improving the good employer brand (56 percent) as a way to use social networking. On the other hand, 75 percent of respondents from the tourism industry and 70 percent of those from the trade industry use social media for increasing customer loyalty.

The EY study is on its third edition and is based on responses from 270 company representatives from various Romanian industries regarding their approach to marketing through the use of social networking and the impact such marketing has on their business activity.