Rompetrol Rafinare posted a turnover of USD 2.78 billion, up 41 percent yer on year. In the first half of 2013, the turnover registered was USD 1.96 billion.

“The financial indicators were mainly backed by positive operational results: processed materials (+46 percent), fuel sales on the internal market (+24 percent) and exports (+75 percent) but also by cutting back on processing costs by upping energy efficiency and maintaining mechanical and operational availability, according to a press release from the company.

In the same period, the company posted a EBITDA profit (before taxes) of USD 25.48 billion, compared to the negative result of USD 8.21 million from the first six months of 2013. 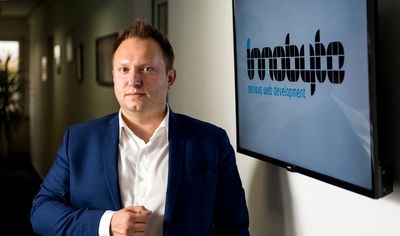 On the refining segment, the company reported a turnover of USD 2.55 billion, up 53 percent year on year. Losses in the refining process were cutback from USD 78.3 million to USD 55.79 million.

Exports passed the USD 1 billion benchmark in the first half of the year and the company estimates that in 2014 it will exports 20 percent more products compared to the USD 1.7 billion level it atained last year.

The fuel distribution network recorded a turnover of USD 1.49 billion, up 28 percent compared to the same period last year.