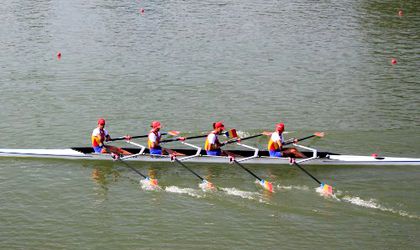 Romania’s female 8+1 team won the gold medal in the European Canoeing Championship in Varese which took place this Sunday, according to Mediafax newswire.