Romanian sales make up some 70 pct of Vola.ro sales 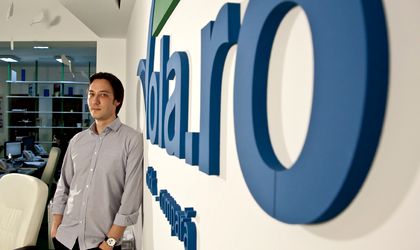 Vola.ro, a Romanian travel portal active also in Poland, Ukraine and Vietnam, posted a turnover of EUR 63.25 million, of which 67.15 percent (EUR 42.47 million) was brought in by the Romanian market, according to a company press release.

“2015 was the best year so far, because we did the most daring things so far. We left the area of performance marketing and we launched the first TV campaign in the history of Vola.ro, we launched unique products in Romania, such as Smart Connection and, in addition, for the first time since its establishment, we changed our ownership structure through the addition of a new partner: investment fund 3TS Capital Partners. I would say that success is sometimes to get out of your comfort zone,” said Daniel Truica (pictured), managing partner and founder of Vola.ro.

In 2015, the sales of airplane tickets on the Vola.ro platform increased by some 70% compared to 2014, while the number of city breaks reserved by the Romanians grew by 40% and tour operator holidays recorded an advance of 150% y-o-y.

“Romanians’ preference for low-cost companies is obvious, the largest companies of this type present in Romania standing at the top of sales charts. This obviously has an impact on the entire market, because it has forced line companies to also come up with discounts or apply a similar business model. For example, many line companies have begun to offer checked baggage for extra cost,” said Manuela Melinescu, marketing manager Vola.ro.

Among Vola.ro’s customers, 2 out of 3 people who buy online prefer to pay by card. Of the remaining 35 percent customers, a large part still prefer online methods, either through online banking services of Bitcoin. Only a small part of the tourists who traveled in 2015 Vola.ro opted for an offline payment method, such as payment to a bank branch or at the agency’s headquarters in Bucharest or ZebraPay terminals in the country.

Vola.ro forecasts a 30 to 40 percent increase in business this year for the Romanian platform, while at group level the company aims to reach EUR 85 million.