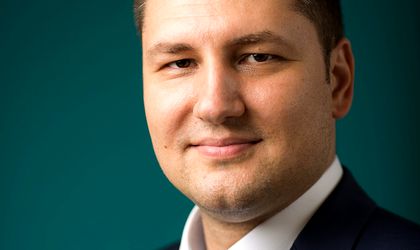 Octavian Popa, currently financial director of MSD Romania,was appointed financial manager of MSD’s Russian branch, starting September 1. Russia is MSD’s largest  market in Central and Eastern Europe, generating approximately USD 500 million per year, and one of the fastest growing markets in the region. MSD is among the 6th top players on the Russian market ad has 800 employees.

In 2014, the Russian pharma market increased by 12 percent while this year it is estimated to grow by another 12- 18 percent.

Popa, 38, joined MSD 5 years ago and has 15 years of financial background in the IT and pharma industries.  He is also experienced in system deployment and project management, as part of the top management of the IBM Global Delivery Center, based in Romania. While working as financial director of MSD Romania, he led the team in charge of reporting, accounting, acquisitions, commercial operations, and was involved in the change of MSD Romania’s business model. “Russia is probably one of the markets that offer the best career development opportunities in the world, a complex business in a market that has enormous potential but also difficulties on the same par,” according to Popa. At the moment, MSD Romania has a team of 200 people and a portfolio of more than 50 brands in two categories: human use drugs and veterinary use drugs.The American company Merck Sharp and Dohme (MSD) opened an office in Romania 21 years ago, being one of the first companies which established a local presence here. The value of medicines dispensed to patients in Romania reached the wholesale level of RON 2.83 billion (EUR 637 million) in the second quarter of 2015, decreasing by 4.1 percent as compared to the second quarter of 2014, according to the results of Cegedim’s Pharma & Hospital Report study.

“Market decline from the second quarter was mainly due to the malfunctions caused by the process of prices cuts, including all the associated shortcomings for patients, pharmacies and wholesalers. As regards the year 2015, we maintain our forecast of market decline by 2.8 percent in RON, but we are also expecting other developments due to availability and sustainability problems in the healthcare system,” said Petru Craciun, Cegedim’s general manager.