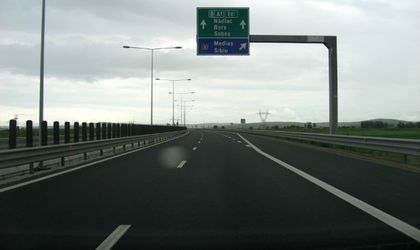 The updated Transport Master Plan, resulted following public debate, foresees the construction of 1.300 kilometers of highway by 2030, twice as many kilometers compared to the initial plan.

Following the debates it was proposed the construction of various highway sectors that initially were to be expressways, respectively Sibiu-Pitesti, Bacau-Pascani, Targu Neamt-Iasi-Ungheni and Targu Mures-Targu Neamt (the latter as a motorway built in several stages), according to the Ministry of Transport, reports Mediafax.

At the same time, the document includes a new ring road with motorway profile for Bucharest and various other expressway sectors that originally were part of the Trans Regio network.

“After the public debate there have been proposed 1.301 km of highway, with an additional 645 km compared to the initial version of the Master Plan, 1.877 km of expressway, 3.147 km of Regio Trans and Trans Euro road and 67 independent bypass or part of highway projects or expressways variants, to which adds the Bucharest ring road at highway profile. The investment in the road sector amounts to EUR 26.48 billion, out of which more than a half represents highway investment,” states the Ministry of Transport.

As for the railway sector, the ministry announced investments totaling EUR 19 billion in 3.219 km of railway to be rehabilitated, 1.131 km of railway with economic potential, electrification of all sectors of the TEN-T core network (425 km) and in the development of high-speed railway sectors (over 1.000 km).

As regards the naval sector, the proposals aim 752 km of waterways and the modernization of 12 ports, with investments estimated at over EUR 2 billion.

The latest version of the Master Plan recommends investments in the infrastructure of 14 airports worth EUR 588 million.

In 2014 only 50 new kilometers of highway new delivered – 22 between Orastie and Sibiu and 28 between Nadlac and Arad, according to local media reports.

On the other hand, Transport minister Ioan Rus said in January that Romania’s highway network, currently totaling 700 km, will be extended with 50 kilometers this year and with 200 kilometers in 2016.