Profi takes its network to 355 units 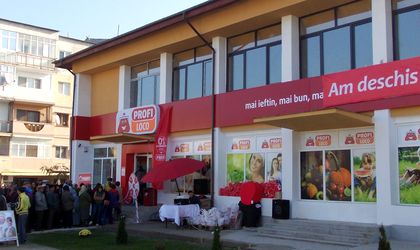 Profi has recently opened five new stores, of which four were in new localities, taking its network to a total of 355 stores, the company announced.

The unit in Mahmudia, Tulcea county, open under the Loco format, is situated on 80 Tulcea Street and has a total area of 353.5 sqm with 203 sqm sales room.

The Negresti unit (Vaslui county), another Loco format, is on 23 Mihail Kogalniceanu Street. With a total area of 392 sqm, it offers a 196 sqm sales area.

The store in Sacalaz, Timis county (another Loco format) covers a total area of 275 sqm, of which te sales area will measure 212 sqm.

Under a City format, the Braila unit opened on 305 Calea Calarasi spreads over 526 sqm, with a 314mp sales area.

The unit in Lupeni (Hunedoara county), open on 1 Peace Boulevard, works under a standard format and has a total area of 515 sqm and 388 sqm sales room.

With 355 stores in 168 towns in all counties and in Bucharest, with nearly 8,000 employees, Profi boasts the network with the largest geographical coverage in Romania.