The European online alternative financing market increased by 144 percent last year, to a level of almost EUR 3 billion and could exceed EUR 7 billion in 2015, according to the first study on pan-European alternative financing conducted by the new Center for Alternative Financing affiliated to the Judge Business School within the Cambridge University, in collaboration with EY.

According to a press release, “Moving Mainstream: The European Alternative Finance Benchmarking” report is based on the responses of fourteen national or regional key-associations of the industry, as well as on the responses of the representatives of a number of 255 top online financial platforms in Europe, accounting for 85 – 90 percent of the market of alternative financing based on online platforms in Europe.

Considered so far a niche activity, online alternative financing, including equity crowdfunding and peer-to-peer loaning, has become an important and widely used source for obtaining financing from SMEs, start-ups and other business projects in Europe, according to the report.

Online alternative financing unrolled by financial trading platforms from outside the traditional banking system, rose in Europe from EUR 1.21 billion in 2013 to EUR 2.9 billion last year.

UK is by far the largest European country for alternative financing, the volume of such financing having reached EUR 2.34 billion in 2014. It is followed by France with EUR 154 million financing, Germany, with financing amounting to EUR 140 million, Sweden, EUR 107 million, the Netherlands, EUR 78 million and Spain, EUR 62 million. 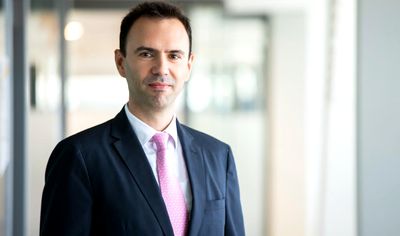 “In Romania, alternative financing is a market still in an early stage, despite the fact that websites dedicated to crowdfunding report a higher of campaign success rate. There are also local projects that directly initiate campaigns on famous websites such as kickstarter.com or indiegogo.com,” said Mihaela Matei (photo), project coordinator of “Antreprenorii vorbesc”, EY Romania.

Businesses struggle to get to grips with climate risk disclosure