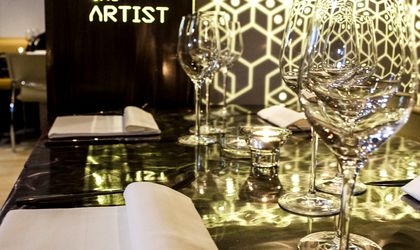 The Old City Center is home to a small restaurant where avant-garde cooking techniques and equipment are used to transform flavors and presentations, but also to revolutionize the appetite. Whether you are familiar with molecular cuisine or not, the Artist restaurant promises to take your senses around the world, using internationally sourced ingredients. Presiding over it all, Chef Paul Oppenkamp brings his experience to bear on different recipes, and give the menu a Romanian flavor, despite being Dutch.

In essence, the Artist is a concept emphasizing creativity in cooking. Chef Paul Oppenkamp is also the owner of the restaurant, which is on the ground floor of an impressive historical building designed by the famous Romanian architect Petre Antonescu on the street named after the great local painter Nicolae Tonitza, Here you find dishes with influences from modern European cuisine, elements of molecular gastronomy and local cuisine in a menu that changes with the season every three months.

Oppenkamp started his gastronomic journey when he was 14 years old and through his passion for gastronomy managed to become an executive chef at the age of 24. In the five years before opening his own restaurant, he worked on The World, the largest private mega-yacht, which is how he got the specially engraved Japanese handmade knife that first inspired the name of the concept, the Artist. He told Business Review more about the restaurant.

What does molecular gastronomy mean?

Besides the science of cooking, molecular gastronomy describes a new style of cuisine in which chefs explore novel culinary possibilities in the kitchen by embracing sensory and food science, using tools from the lab and ingredients from the food industry – going deeper into details. Formally, the term molecular gastronomy refers to the scientific discipline that studies the physical and chemical processes that occur while cooking. In the Artist’s kitchen, I combine traditional techniques with molecular cuisine and Romanian influences, resulting in surprising combinations of textures and flavors that modernize conventional cuisine. To provide new emotions and unique experiences, every season we change the menu, aiming to include fresh ingredients from that season.

What type of equipment do you use for molecular gastronomy?

It’s more the ingredients than the equipment itself, and we use, for example, liquid nitrogen, for flash freezing and shattering. We especially apply it to desserts by bringing it to the table and putting on a culinary demonstration for the diners. Also, we use the spherification technique to create spheres that have a thin membrane and are filled with the original liquid, and we use the gelification technique to make caviar out of fruit, vegetables and even salt. Another thing is the smoking gun for dishes, which creates instant smoke at diners’ tables, and many other techniques that derive an influence from this gastronomy.

Most of the ingredients come from Spain, and the fresh products we source from Romania. In our current menu meat is brought from America, the baby rooster is from France, the fish is from Western Europe, and the seafood from both Greece and Italy.

Why did you choose to specialize in molecular gastronomy?

First of all, my cooking isn’t entirely molecular; it is just influenced by this type of cuisine. It was definitely the challenge of building a concept that highlights modern cooking techniques offering a touch of personality using elements of molecular gastronomy, because food is definitely art; it stimulates creativity allowing you to explore new combinations. For example, we bring to the diner’s table a mortar with fresh herbs and people look at it very confused, particularly when they see the marble stick. They don’t know what to do – whether to wait or to start eating – until the moment when the waiter informs them to wait for the chef to come. Then I enter from the kitchen with the liquid nitrogen and freeze the whole content. It’s a “wow” effect when they see what happens in the mortar – and they are part of the cooking experience because they use the marble stick to mince the composition. This is one example of how we use this type of influence from molecular cuisine, which also brings the opportunity to meet guests at the end of their dining experience with us.

What is your opinion of Romanian cuisine? Some of your dishes contain Romanian flavors…

Because I’ve worked in many places around the world, it’s a matter of understanding each ingredient and its influence on making locals value their culture more. The same thing happened with traditional Romanian dishes. Six years before I decided to move to Romania, I began to visit the country frequently. Every time I came here, my mother-in-law prepared delicious Romanian dishes and I used to visit the  grandmother’s garden in the village, the source of the ingredients. This is how I fell in love with most Romanian dishes, from which I draw inspiration in my kitchen. So far, we have had lobster “sarmale”, polenta fries and now meatballs (chiftele) with polenta, “clatite” and “papanasi” and now we have the dessert “cartof”. 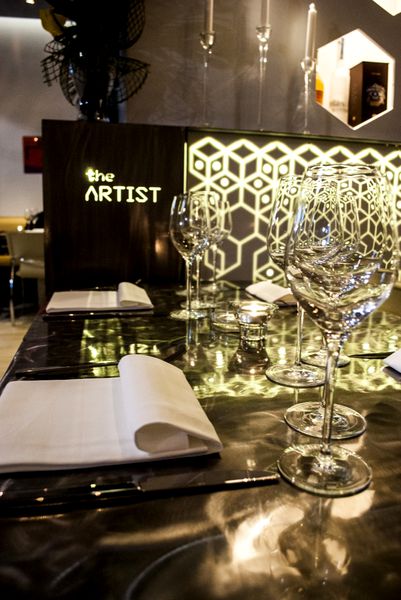 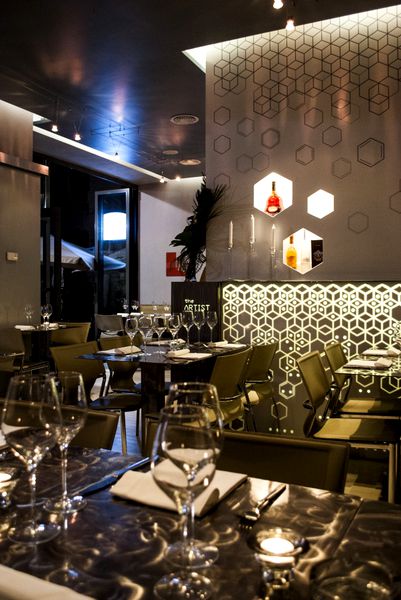 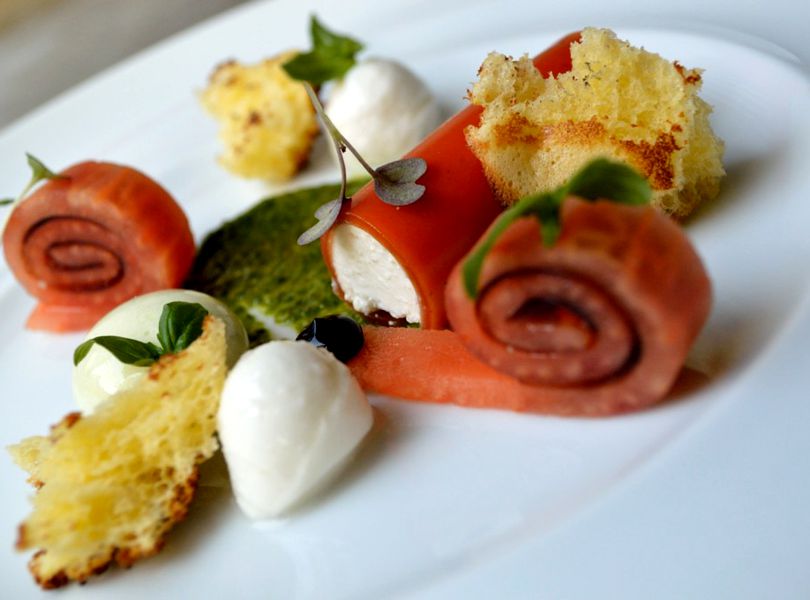 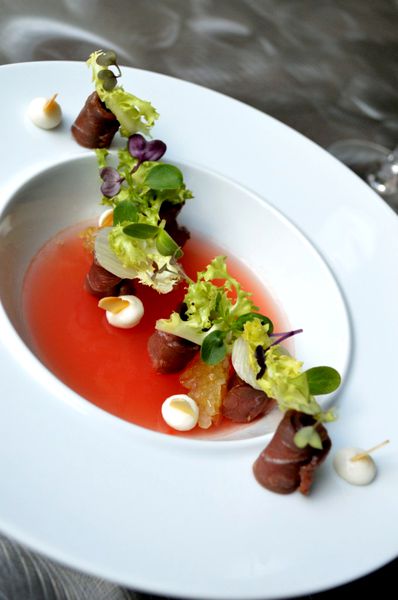 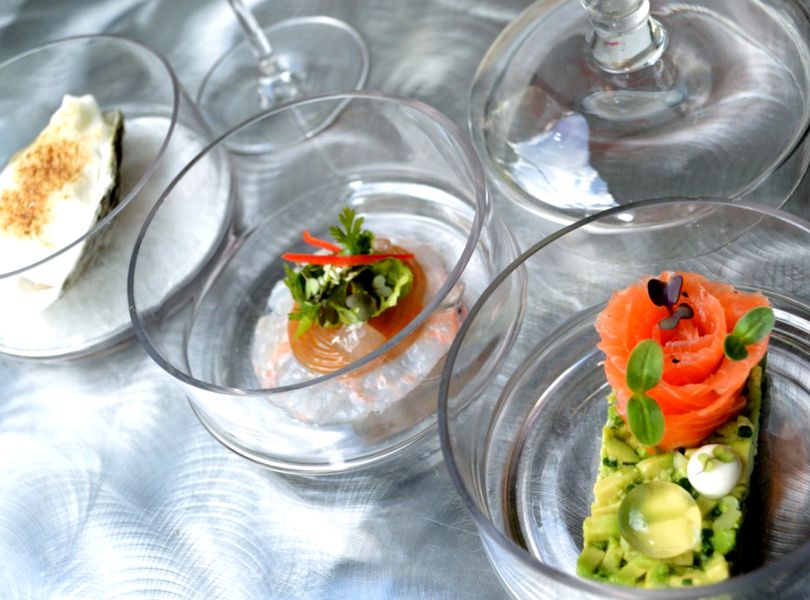