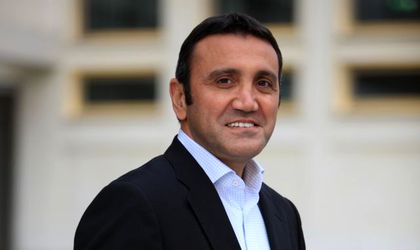 PepsiCo’s vice-president general manager for East & West Balkans Levent Yuksel has been appointed to the same position for the Greater Balkans and SEE Franchise area, a newly established division, which comprises 14 countries, including Romania. The appointment is part of PepsiCo’s efforts to further strengthening its position in the region, a press release informs.

The division brings together the bottling and snacks divisions of PepsiCo Romania with the snacks divisions in East Balkans – Bulgaria and the Republic of Moldova, West Balkans – Serbia, Bosnia, Croatia, Albania, Slovenia, Montenegro, Kosovo and the Former Yugoslavian Republic of Macedonia, adding to these the markets of Greece, Cyprus, Israel and the units of the South East Europe Franchise.

Levent Yuksel, a Turkey Technical University graduate, has been working with PepsiCo since 1995. Before that, he worked with Pricewaterhouse Coopers in Istanbul and Hague.