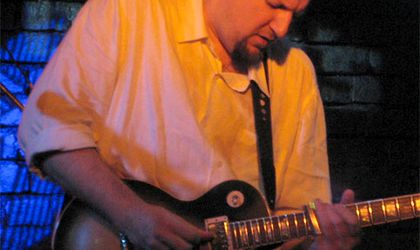 A self-taught guitarist from age 11, A.G. Weinberger garnered several prestigious Romanian awards by age 20. He was called Romania’s Mr. Blues, being the first who brought this genre to Romania.

Since his entry into the Blues, he was on the stage with Al DiMeola, John Mayall, Chick Corea and James ‘Blood” Ulmer. As the only non-American performer at the Bluestock National Blues Convention and Showcase in Memphis, in 1998, AG also shared the bill with Leon Russell, Son Seals, Little Milton and Hubert Sumlin.

He has a discography of 6 albums spanning over a decade and has performed on four continents and he has starred in prime time television concerts seen by more than sixteen million viewers.