iPhone 5 hits stores of Romanian online retailers. See where you can order it! 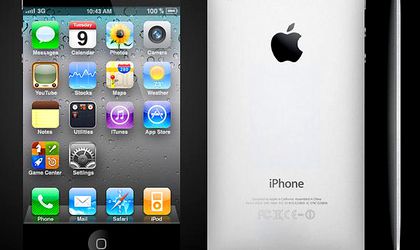 iPhone 5 has already arrived in the offer of online retailers in Romania. Thus, tech junkies who cannot wait until the device arrives into the offer of telecom players and Apple authorized re-sellers in Romania, can order online on such websites such as Quickmobile.ro, Koyos.ro, Okazii.ro and Marketonline.ro.

Okazii.ro boasts on its website the new iPhone 5 in all versions at prices between EUR 800 and EUR 1,089.

The new gadget is thinner, lighter and taller than the ones Apple threw on the market in previous years. The new iPhone includes high-speed LTE for the first time

“Apple followers will aptly recall Steve Jobs’ quote in July of 2010 – you know, that one about ‘no one’ wanting a big phone, with current CEO Tim Cook seated just feet from Steve as the phrase was uttered. Now, however, Apple’s inching ever closer to that very realm, with an elongated 4-inch display that enables new apps to take advantage of more pixels (1,136 x 640), while legacy apps can still operate within a familiar space,” according to engadget.com