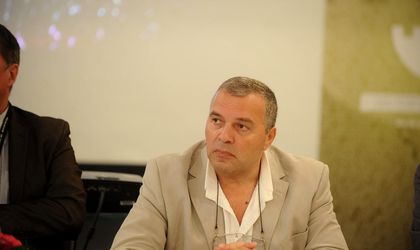 Highly esteemed, both in Romania and worldwide, the Sibiu International Theatre Festival (FITS) has, over the years, managed to attract various partners to support its cultural offering. Business Review talked to Constantin Chiriac, general director of the festival, to find out the key ingredients when it comes to cultural marketing.

From your point of view as director of a major cultural festival in Romania, which is also known worldwide, do we have cultural marketing in Romania?

Yes, I think we do. There are cultural institutions in Romania that do this, and they are doing increasingly well, but they are just a few. Sure, we still have to evolve in this domain; marketing costs and priorities in culture are the cultural product itself, so the marketing budget often ends up goingin the “Others” section.

Are Romanian companies interested in investing long-term in a cultural product such as an international festival? Who are the traditional partners of the festival?

Some are very interested and we have partners which return to the festival year after year; with some I would say that we already have a tradition of collaboration. We have a distinctive, educated public and the local community is very involved in the festival. International associations are also very important so that FITS reaches a standard of excellence; it has a card that cannot be overlooked. Association with such an event and the intersection with such a public are of interest to many companies. Our traditional partners return to us every year, especially those from the ​​banking field. In 2016, we will have six banks as partners, only one of which is on its first collaboration with us. Very few events manage to form multi-annual partnerships, but we succeed in finding the right place and niche for each partner.

We do not consider an investment as being part of FITS, but as an investment in the greater community, in Romania’s reputation nationally and internationally and in the future. Increasingly, several large companies understand that investing in culture is an investment in the future. This kind of partnership supports the efforts to prepare a better world – we also have important volunteering and education programs through cultural exchanges, workshops and training held every year at the festival. Naturally, the awareness created as a result of the partnership with the festival is not to be ignored; it increases and retains the customer base.

What exactly does a partnership with a sponsor of the festival mean? What are the dos and don’ts in such a partnership?

I think we are talking about the traditional formula with sponsorship packages. Now, of course, it depends on what the festival offers, and it is especially important to understand each partner’s interests and strategy. I think the most important “secret” lies in customizing each of these offerings so that it can respond to every partner needs, to the festival and, very importantly, the audience’s expectations. We are the only festival that does this and that is why we are among the very few events that can have – to the satisfaction of everyone else involved – more than one partner in a particular field. Two additional secret ingredients of successful partnerships are empathy and mutual respect. When any of these disappears, the balance between a “win-win-win” situation for the company, the festival and the public is lost. Finally, although this is a well known formula, the naming of “sponsors.” – although the “sponsor” title is a largely agreed formula, we choose to call them “partners” because that’s the relationship we have: we build together. Is one of the many reasons, this 23rd edition of the Festival is held under the title of “Building Trust”.

This year, the costs of the International Theatre Festival in Sibiu amount to about EUR 8 million. Sibiu City Hall’s contribution to the budget for the current run is 19 percent, the Ministry of Culture gives 8 percent, and the rest comes from private sponsorships, international funding for cultural programs and partnerships with other national and international cultural institutions.