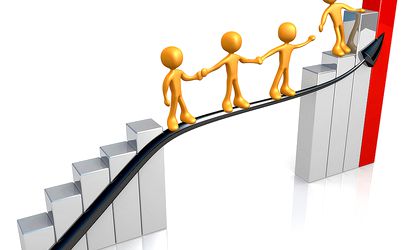 German companies regained confidence in Romania as an investment site and look optimistically to the future, shows a conjuncture study by the Romanian-German Chamber for Commerce and Industry (AHK Romania).

The economic situation of the country and the state of their own industry are appreciated by German companies as having bettered compared to last year. There remain many areas for improvement, such as the fight against corruption, public procurement, fiscal policy predictability, stability of the legal system and infrastructure.

Of the companies participating in the survey, 15% assessed the local economic situation as good, while over half (56%) believe that the Romanian economy will perform better than last year.

More than half the companies participating in the survey (52%) see an improvement in their industrial sector compared to last year, while 16% see a worsening of the situation.

German investor grievances relate mostly to infrastructure, especially road infrastructure. Romania, with only 700 km of highways, stands at the tail of the European Union in this regard. This is an important disadvantage, which is clear from the questionnaire.

An important criterion in the choice of investment location is the labour market conditions. Low salaries compared to other European Union countries are among the advantages the investors perceive. In regards to labour costs German companies in Romania are satisfied (37%, 2014: 31%) or very satisfied (5%, 2014: 7%) this year.

In Romania labour productivity is above the average of other countries in Central and Eastern Europe (CEE) participating in the survey: 50% of companies are satisfied, only 10% are dissatisfied with the remainder being undecided. When it comes to hiring intentions, Romania ranks second among other CEE countries: 52% of companies plan to increase the number of employees (2014: 46%) and only 7% want to reduce staff (2014: 14%). This result is the best for Romania since 2008.

Regarding the availability of labour, only 24% of companies surveyed are satisfied, while 40% are dissatisfied. This has to do with the level of education, which is still not up to par in our country.

Overall labour market and labour law are appreciated by German investors in Romania. This is due to changes in the labour code and introducing the Law on Social Dialogue of 2011 which led to more flexible labour relations. However, current proposals of amendment of the Labour Code and the Law on Social Dialogue could lead to a loss of flexibility in labour relations and give cause for concern, experts say. Their implementation could lead to a rethinking of the employer’s perspective in hiring and in the worst case even to job cuts.

The conjuncture questionnaire was conducted in March 2015 on 126 German companies activating in Romania in all fields.

AHK Romania is the official representative of the German economy in Romania. As a bilateral chamber, it represents the interests of Romanian and German companies and those of members before public authorities. It was formally established in September 2002 and currently has over 530 members. The Board is composed of 12 members, and it currently employs 13 people.