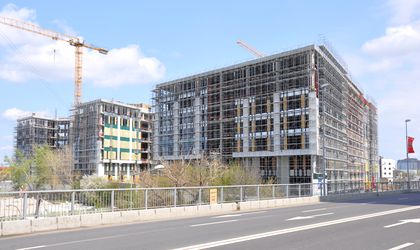 Portland Trust leased the entirety of Floreasca Park office building with a surface area of 37,000 square meters, according to The Advisers/Knight Frank, legal representatives for the project.

“In just a few months since delivery on the local market, The Advisers/Knight Frank signed lease contracts for the space on offer with important global companies, such as Allianz and the two recent American entries on the Romanian market: Kellogg’s and Kalon. After the construction was finalised in 2013, Allians was the first company to sign a lease contract, occupying 3,500 square meters. In a short while, Kellogg’s signed for 2,550 sqm, while another contract for 800 sqm was signed with Kalon, digital developer”, according to a press release from The Advisers/Knight Frank.

Developer Portland Trust and AREA Property Partners have launched Floreasca Park in Bucharest in 2012, a EUR 70 million office park made up of two class A office buildings with a total leasable surface of 37,500 sqm. More than half of the investment, which totals EUR 40-50 million, came from BCR financing.  It is located at the junction of Barbu Văcărescu and Soseaua Pipera. The Aurel Vlaicu metro station is 300 m away and is on the M2 line, just 2 stops to Piaţa Victoriei.

Oracle, BASF, Sab Miller/URSUS and Saint Gobain are the other tenants at Floreasca Park.

The company bought another terrain in the area from Nusco.