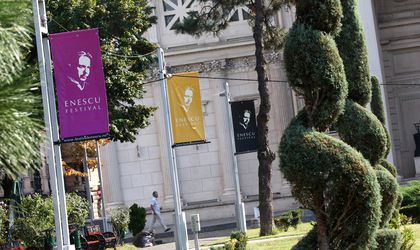 It’s that time of the year – or, to be more accurate, of the two years: the spirit of George Enescu is celebrated through his works and the younger generations of performers he inspired, enlivening Bucharest with the magic of his magnificent music. Everything happens in under a month, from August 30 to September 20, with over 58 concerts in several venues throughout the capital, and in Timisoara, Brasov, Iasi, Ploiesti and Bacau.

In the introduction to his festival review in September 2011, James Jolly, Gramophone’s editor-in-chief, wrote, “Bucharest is also, as I’m discovering, a veritable Mecca for great music-making. Think Romania, and think classical music, and the names that will probably slip easily into the mind are Dinu Lipatti, Radu Lupu, Angela Gheorghiu, Constantin Silvestri and maybe a couple of others. Come to Bucharest and the Main Man is, without doubt, George Enescu. He gives his name to streets, to orchestras and to a music festival of commendable ambition.”

And nothing has changed since then – except that more and more Romanian classical musicians are conquering world’s famous concert halls, while more and more foreigners are working to understand Enescu’s works to play them during the festival or competition.

Over 3,000 artists will perform at the 22nd George Enescu International Music Festival, including the four best rated orchestras in the world: the Royal Concertgebouw Amsterdam, Berlin Philharmonic, Wiener Philharmonic, and London Symphony Orchestra. The major coup of the festival is the presence of the Berlin Philharmonic, with whom negotiations had lasted over 15 years.

This year’s opening night features the Romanian Youth Orchestra, which will accompany one of the world’s great violinists, Sarah Chang, of whom the New York Times wrote, “Her gifts are at a level so removed from the rest of us that all we can do is feel the appropriate awe and then wonder on the mysteries of nature. The ancients would certainly have had Ms. Chang emerging fully formed from some Botticellian scallop shell.”