EY Romania: 87 pct of Romanian companies to raise wages in 2016 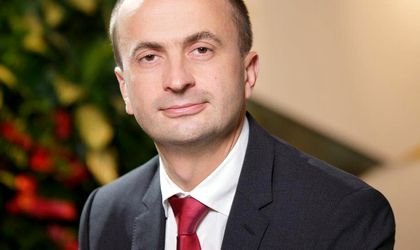 In 2016, 87 percent of Romanian companies say they will raise wages but 44 percent of them do not estimate an increase of more than 5 percent, according to an EY Romania study. Moreover, 81 percent of the companies participating in the study said they will increase investments in 2016.

The study is based on responses from 421 top executives and analysis their perception of the Romanian business environment in 2016, with 23 percent of them coming from companies with turnover larger than EUR 50 million, informed the EY press release.

Of the participating companies, 93 percent are expecting their businesses to grow this year, 41 percent of them forecasting growth of over 10 percent. Nevertheless, this number is less than at the beginning of 2015, when 48 percent were expecting over 10 percent growth rates.

Companies also have positive expectations regarding profit growth, with 32 percent of the respondents to the EY study expecting profitability to grow by over 10 percent in 2016. This will be supported by investments, given that 81 percent of the respondents said they will increase investment in 2016, compared to 76 percent in 2015, according to EY. The investments will be financed through own resources and profit reinvestment (46 percent), followed by bank loans (34 percent).

Additionally, companies also expect to be increasing their employee numbers, 36 percent of the respondents to the EY study saying they will be raising the numbers by 5-30 percent, while 33 percent expect more modest growths of under 5 percent.

In terms of demand, 65 percent of the respondents expect demand for their products and services to increase in 2016, while 30 percent estimate a stagnation will take place and 5 percent see a decrease in 2016. Respondents from the R&D, new technologies and the pharmaceutical industry, while the negative evolution is expected in mass media, adds the EY study.

As far as competitive advantages are concerned, 33 percent of the respondents see reduced costs as the most important advantage for their competition, a decrease from last year when 41 percent of them thought so. Brand confidence saw a slight increase from 2015, 30 percent of the respondents considering it an important advantage. Moreover, if last year cost reduction was the first response of executives to market conditions, this year increasing productivity took its place (27 percent for the latter and 21 percent for the former).

At the same time, more companies see innovation as having a great and very great impact on company success, 74 percent of them in 2016 compared to 60 percent in 2015. “Our study shows that 7 of 10 executives consider innovation to be important for their company’s performance in 2016, and 47 percent aim to transform the market they are active on through innovation, in case of stagnating growth,” said Bogdan Ion, country managing partner, EY Romania.

As for the factors that define success on the local market in 2016, client satisfaction, financial results and market share remained the three most important, with the mention that 83 percent of companies pointed at client satisfaction as the most important component of success, says EY. The importance of brand awareness also went up, from 41 percent in 2015 to 51 percent in 2016.