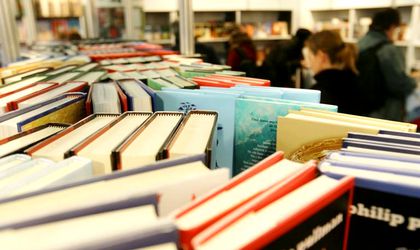 At the end of the fair, prizes were given to publishers by popular vote, Humanitas taking the first place, RAO the second and Nemira the third.

Romanian titles were among the most looked for, according to publisher Humanitas, which sold over 1,000 copies of “Solenoid” by Mircea Cartarescu. Lucian Boia, Andrei Plesu and Gabriel Liiceanu and Dan Mihailescu were also among the popular authors.

Publisher RAO’s star book was “The lost bible” by Igor Bergler, for which it also received the “Most wanted book of the fair” award.

The excellence prize, worth RON 10,000, was granted to publisher Cartier, from the Republic of Moldova, for promoting Romanian literature abroad.

Over 700 publishing events took place during Gaudeamus. In this edition, readers were welcomed by over 300 exhibitors with hundreds of thousands of titles, hundreds of events held non-stop during the five days of the fair, with special guests and numerous workshops, dedicated to younger visitors or exhibitions.