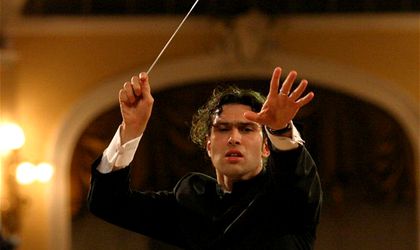 After seven editions of Enescu Festival under the artistic program made by the Romanian Ioan Holender, the Ministry of Culture announced the new artistic director of the festival, Russian conductor Vladimir Jurowski, a name that was whispered during this year’s edition of the festival which now is official. Also, Zubin Mehta was named as Honorary President starting 2017 edition.

Vladimir Jurowski  is currently the Principal Conductor of London Philharmonic Orchestra and Artistic Director of the State Academic Orchestra of Russia “Evgeny Svetlanov”. The organizers of the festival mention that the positon is honorary and will take effect immediately.

Starting September 2017, Vladimir Jurowski will become Artistic Director and Chief-Conductor of Berlin Radio Symphony Orchestra (Rundfunk Sinfonie-Orchester Berlin). He also was Music Director of the Glyndebourne Festival and holds the title of Principal Artist with the Orchestra of the Age of Enlightenment. He has served as Principal Guest Conductor of the Russian National Orchestra from 2005 to 2009. He was also First Kapellmeister of Komische Oper Berlin between 1997 and 2000 and Principal Guest Conductor of Teatro Communale di Bologna between 2000 and 2003.

More about the next edition of the festival will be presented at the end of the month, when Vladimir Jurowski returns to Romania for a press conference in order to share his artistic view of the festival’s program.