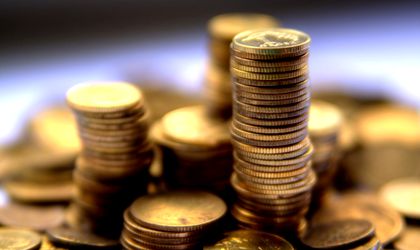 According to a RisCo top covering Bucharest business players according to turnover, the first three places are taken by oil giants Petrom and Rompetrol, while the rankings are dotted about by other important players in the energy field like Lukoil, Engie (former GDF Suez), Electrica Furnizare and Hidroelectrica.

The top concentrates multinational companies in the energy sector, FMCG, tobacco and telecommunications. Only in the bottom of the rankings there are electronics, pharma or grain trading companies. On average, the profitability of companies was superior in 2014 over the previous year, mainly due to positive results in the energy sector which was also reflected in the economic growth in recent years. Meanwhile, there was continued restructuring of private companies, especially by reducing the number of employees, except hypermarket networks which have expanded their presence in Romania during 2014.

Rompetrol Downstream comes in third. With a network of filling stations that extends continuously in the country and the region, the company had an increased turnover of RON 9.4 billion from the RON 8.6 billion registered in 2013. It also went from a loss of RON 3.6 million to a profit of RON 42.5 million. The number of employees in 2014 was 1,774, which was 267 persons less than in 2013.

Lukoil, ranking sixth had a turnover 15 percent above the previous year, reaching RON 5.8 billion. The company managed to cut its losses by RON 50.5 million, reaching RON 165,600. The number of employees showed no big changes, remaining constant around 3,013 people.

Electrica Furnizare, part of Electrica, dropped from the seventh place in 2013 to 11. The trader of electricity’s turnover in 2014 was RON 4.01 billion, while profit reached RON 204.7 million. The number of employees was 1,219 persons.

Hidroelectrica, the electricity producer, a newcomer in the top, posted a turnover of RON 3.4 billion and a profit of RON 941.5 million, seeming to successfully overcome problems of insolvency. There is still left to see the effects the 2015 drought will have on the company’s activity.

Samsung Electronics ranks 18 with a turnover of RON 2.7 billion and had a RON 59.2 million profit. The number of employees registered was of 138 people.

For 2015, RisCo analysts expect the turnover of most large companies from the top to grow, while the level of profitability is likely to diminish. Few new companies are expected to enter the ranking, as the top players have financial stability and turnover and are less likely to be influenced by other factors than the macro environment.