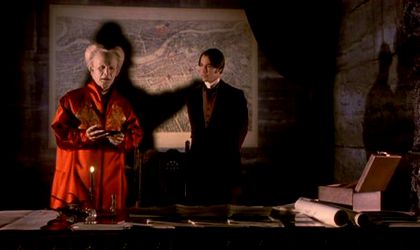 The Romanian Federation of Tourism and Services Employers’ Associations (FPTS) together with local tour operator S&S Travel have launched the ‘Discover Dracula Tour – the history and the legends’ pilot project which they hope will attract more foreign tourists to Romania.

At first the project will be mainly promoted on Asian markets – China, Thailand and Japan – where FPTS representatives say they have witnessed an increased interest for the Dracula legend. The project will also be promoted in Europe and the USA.

FPTS hopes their initiative will become a way to increase the number of incoming foreign tourists to Romania by taking advantage of the ’universal fame’ that the Dracula character has outside Romania.

“If Romania will not take advantage of this brand, its neighbors will. In Serbia there is an initiative to turn Vlad Tepes (e.n. Romanian historical figure which inspired Bram Stoker’s 1897 novel Dracula) and its legend into a Serbian story with the purpose of it becoming a tourist product,” said FPTS representatives.