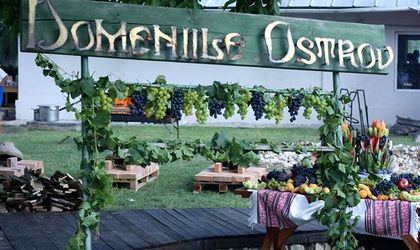 Romanian winemaker Domeniile Ostrov estimates it will produce some 9 million liters of wine this year after the  grape production has increased by 80 percent compared to the previous year.

The company owns some 1,300 hectares of vineyards which this year will produce  about 12,000 tonnes of grapes.

The boost was generated by favorable weather conditions but also by the fact that over the past years the winemaker has invested in new vine planting and in acquiring new equipment, said company representatives. Last year alone Domeniile Ostrov invested some EUR 700,000 in planting new vines.

Ostrovit, the company which owns the Domeniile Ostrov brand reported a turnover of about RON 16 million (approximately EUR 3.6 million) last year when it produced 5 million liters or wine.

Domeniile Ostrov estate is located in Constanta county on the right bank of the Danube and consists of some 1,300 hectares of vineyard, 400 hectares of orchards and 200 hectares cultivated with vegetables.